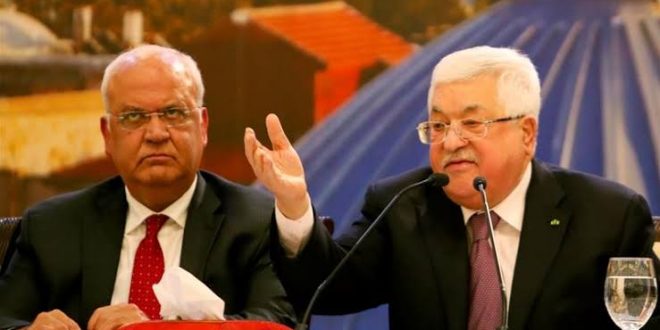 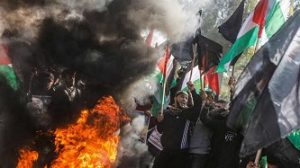 The plan envisages a Palestinian state and the recognition of Israeli sovereignty over West Bank settlements.

Trump said Jerusalem would remain Israel’s “undivided” capital, but the Palestinian capital would “include areas of East Jerusalem”.

Thousands of Palestinian protesters held a “day of rage” in the Gaza Strip on Tuesday, while the Israeli military deployed reinforcements in the occupied West Bank.

The blueprint, which aims to solve one of the world’s longest-running conflicts, was drafted under the stewardship of President Trump’s son-in-law Jared Kushner. 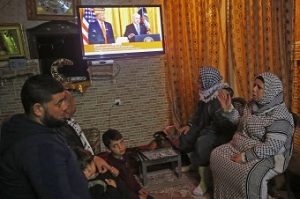 Standing alongside Israeli PM Benjamin Netanyahu at the White House on Tuesday,  Trump said his proposals “could be the last opportunity” for Palestinians.

Reports said Netanyahu was planning to press ahead with annexing 30% of the occupied West Bank, with a cabinet vote due on Sunday.

Israel has settled about 400,000 Jews in West Bank settlements, with another 200,000 living in East Jerusalem. The settlements are considered illegal under international law, although Israel disputes this.

Speaking on Tuesday, he said it was “impossible for any Palestinian, Arab, Muslim or Christian child to accept” a Palestinian state without Jerusalem as its capital.

“We say a thousand times, no, no, no,” he said. “We rejected this deal from the start and our stance was correct.”

The militant Palestinian Is 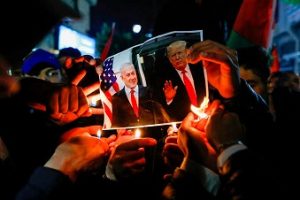 lamist group Hamas, which controls the Gaza Strip, also rejected the deal which it said aimed “to liquidate the Palestinian national project”.

The UN said it remained committed to a two-state solution based on the boundaries in place before the 1967 war, when Israel seized the West Bank and Gaza.

The Israeli prime minister described Trump’s plan as the “deal of the century”.

Israel “will not miss this opportunity”, Netanyahu said.

“May God bless us all with security, prosperity and peace!” he added.

A spokesman for UN Secretary General António Guterres called for a peace deal on the basis of UN resolutions, international law and bilateral agreements.

The Arab League said it would hold an urgent meeting on Saturday.

British Foreign Secretary Dominic Raab urged the Palestinians to give the plans “genuine and fair consideration and explore whether they might prove a first step on the road back to negotiations”. (Int’l News Desk)