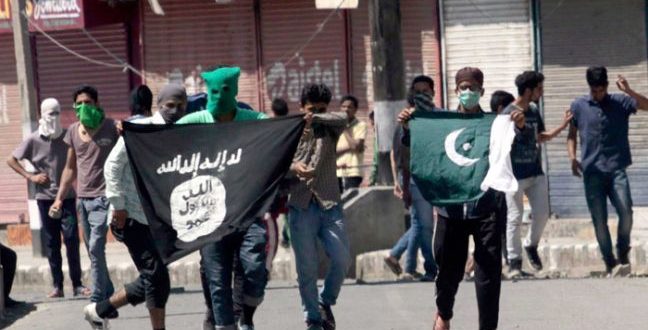 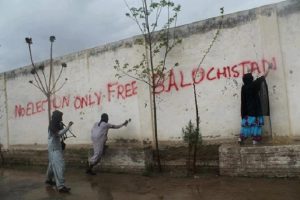 MELBOURNE/ KARACHI: A delegation of the Russian Army came to Pakistan at the end of last year as joint military exercise in the northern part of the country.

This was the third straight year the joint drill was held in Pakistan, with special strategic focus of both countries being the Islamist State of Iraq and Syria’s Khorasan faction (ISKP) known as ISIS or Daesh . However, both Islamabad and Moscow consider it a threat to Afghanistan and not Pakistan, sources claimed.

The ISIS announced it’s so called caliphate in Khorasan, a region that encompasses areas from both Afghanistan and Pakistan, either side of the Durand Line, in January 2015 – six months after establishing itself in Iraq and Syria.

As pamphlets and literature in support of ISIS began popping up to go with the jihadist group’s announcement, the ISKP’s first major attack was the Nangarhar bombing on 18 April 2015, killing 35 people. 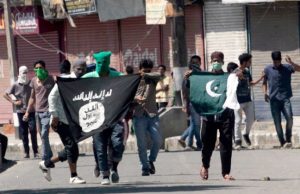 Next month, on 13 May, the group carried out its first attack in Pakistan as eight gunmen raided the Shia Ismaili community’s bus in Karachi’s Safoora Chowrangi area, leaving 46 dead. That attack was also claimed by the Pakistani Taliban’s Jundullah faction, initiating a pattern of local jihadist groups playing foot soldiers for ISIS manoeuvres in Pakistan.

Over the next four years, the ISKP has carried out scores of terror attacks inside Pakistani territory. This included the July 16 Mustang massacre last year, the second deadliest terror attack in the history of the country, which left 149 people dead. The group followed that with another bombing in Quetta nine days later, killing another 32 people on the Election Day.

The fall of Raqqa in October last year officially signaled the end of the ISIS stronghold in the West Asia. As a result, a collective of three major terrorist attacks have been orchestrated by the jihadist group in Iraq and Syria in 2018. Compare this to the eight major attacks in Afghanistan alone in 2018, and two in Pakistan.

These are only counting the deadliest ISIS manoeuvres with higher death tolls. There have been several other attacks by the group in Pakistan in recent months, including the bomb and gun attack on Quetta’s Bethel Memorial Methodist Church in December last year, and another raid killing four members of a Christian family on Easter Monday this year. 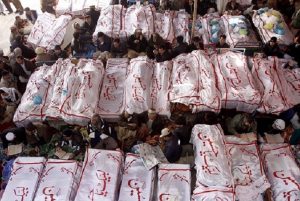 Attacks attributed to the ISKP doubled in the year 2017 as compared to 2016, with the number further increasing this year. A security report by the Pakistan Institute for Peace Studies (PIPS) underscored that the group’s presence has increased in Balochistan and northern Sindh particularly Karachi.

Last month, the Pakistan Institute for Conflict and Security Studies (PICSS), released its research on Wilayat-e-Hind (WeH), an ISIS affiliate that is growing in Pakistan, India and Bangladesh. The PICSS report titled ‘Prospects of Daesh’s Expansion in South Asia’ highlights how ISIS has formally shifted from the Middle East, and is now looking to reestablish itself in this region.

In Pakistan, Balochistan has been the most frequently targeted area parallel to Karachi, with religious minorities being the ones most frequently attacked. Among these are the Christian and the Shia Hazara communities.

In May this year, the Hazaras of Quetta staged hunger strikes following a spate of drive-by shootings in the city, a majority of which were attributed to the ISKP. It was only after the Army Chief Qamar Javed Bajwa addressed the hunger strike himself, and confessed to the presence of rogue military elements in the Pakistan Army facilitating these attacks, that the strike was called off. Of course, it was only two months after the Army Chief’s reassurance that the ISKP struck twice in Balochistan – including on the Election Day. 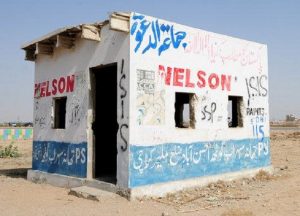 These events suggest reluctance at best, or inability at worst, of the security forces when it comes to acknowledging and tackling the ISIS threat in the Balochistan region. What makes the situation worse is the state’s dangerous denial about the group’s presence in the country, as exhibited by the Pakistan army spokesperson “categorically” negating that the ISIS even exists in the country, amidst a surge in its attacks in April this year.

ISIS linked cells have been springing up since the group announced its presence in the country in January 2015. In December 2016, members of the Jamaat-ud-Dawa (JuD) were captured from Sialkot, for working for imposing a caliphate in the country after they had pledged allegiance to ISIS.

The overlapping of JuD, which is affiliated with Lashkar-e-Taiba – a group that has traditionally kept its terror activities aligned towards Kashmir and India – shows the lure of the ISIS umbrella, which can bring together a wide array of jihadist agendas.

Kashmir based militant groups, for instance, that are paying allegiance to ISIS are the ideological offshoots of the same umbrella, where they are using a global movement to put forward their own agenda. However, there is little else linking these groups other than the jihadist drive to establish a caliphate extension in South Asia.

That’s the main reason why ISIS’s attacks in the region, including Pakistan, have been limited. Not only is there little operational unity between the ISKP and other groups paying allegiance to the ISIS – outside the Pak-Afghan border, which remains the group’s hub – many jihadist factions have been disintegrated following nationwide military operations – including those in Karachi.

Meanwhile, groups like the Jamaat-ul-Ahrar, Jamat-e-Islami, Sipah-e-Sahaba, Jamiat-e-Ulma-e-Islam (F & S) TTP, Jundullah and Lashkar-e-Jhangvi Al-Alami have formally aligned themselves with ISIS along the Afghan-Pak border and continue to work under the global jihadist umbrella to hunt for more recruits. While there is no doubt that the jihadist threat has significantly decreased in other parts of the country, Balochistan still remains vulnerable and volatile.

And with growing ISIS desperation after being defeated in the West Asia, the Pakistani state would need to take a categorical stand against the group before it grows into a greater menace – not just for Kabul, but Islamabad as well. That can only begin with first acknowledging that the group exists within Pakistan, even if through its jihadist affiliates, sources concluded.