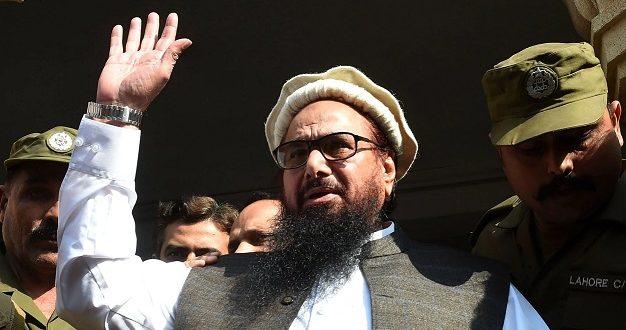 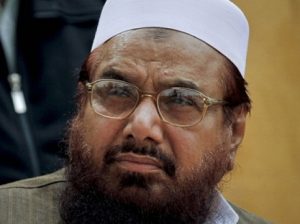 LAHORE/ ISLAMABAD/ KARACHI: A Pakistani anti-terrorism court has sentenced Hafiz Muhammad Saeed, the founder of the Lashkar-e-Taiba (LeT) armed group, to five and a half years’ prison in a case related to terrorism financing, his lawyer says.

Saeed was convicted and sentenced on two counts by a court in the eastern city of Lahore on Wednesday, Imran Gill, the lawyer, told media.

He was sentenced to six months’ imprisonment for being a member of a “proscribed organisation” under Pakistani law, and another five years for a charge related to “illegal property”, Gill said.

Abdur Rauf Wattoo, the government’s prosecutor in the case, confirmed the verdict, adding that Saeed’s associate Zafar Iqbal had also been convicted and sentenced to the same term in the verdict. 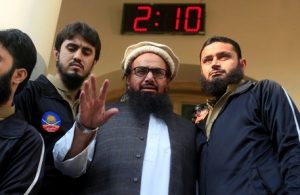 The arrest and charging of Saeed, the alleged mastermind of the 2008 Mumbai attacks that killed more than 160 people, has been a long-standing demand of the United States and Pakistan’s neighbour India.

The 70-year-old says he is not linked to any armed group, although he heads Jamaat-ud-Dawa (JuD), the charitable arm of the LeT group. Both the JuD and LeT are “banned organizations” under Pakistani anti-terrorism law. Saeed’s conviction comes days ahead of a key meeting of the Financial Action Task Force (FATF), an intergovernmental watchdog that monitors terrorism and criminal financing laws, in Paris.

FATF will be issuing a decision on whether Pakistan has taken sufficient steps to avoid being “blacklisted”, a designation that would come as a blow to the South Asian nation’s struggling economy. 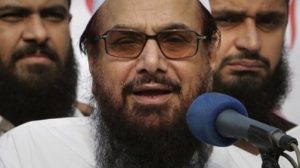 A FATF blacklisting would put in place barriers that would serve to isolate Pakistan’s economy from the international banking system, introducing stricter checks and safeguards on transactions involving the country.

Saeed was indicted in December on six charges under anti-terrorism laws, with verdicts still due in four cases.

“Section 11-N of the Anti-Terrorism Act deals with possessing property, facilitating and fundraising … if a proscribed person or organization holds a property, then that is considered being for the purpose of terrorism,” said Wattoo, the prosecutor.

“So on that basis the court has found sufficient evidence and convicted Zafar Iqbal and Hafiz Saeed on two counts each.” 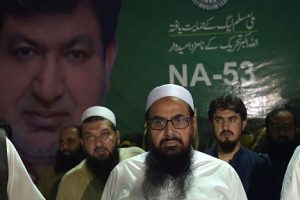 Indian security and government targets in Indian-administered Kashmir. Pakistan and India both claim the mountainous territory of Kashmir in full, but administer separate portions of it.

They have fought two of their three wars over the territory, with India accusing Pakistan of also supporting armed groups like LeT and Jaish-e-Muhammad that attack Indian targets in Indian-administered Kashmir.

Pakistan denies the charges, saying it has been acting against all armed groups operating on its soil.

Wednesday’s development is the first time Saeed has been convicted on any charges since the 2008 Mumbai attacks. In December 2014, a Pakistani court granted bail to Zaki-ur-Rehman Lakhvi, another senior LeT commander, in a case related to the Mumbai attacks, saying there was not enough evidence to continue to hold him. 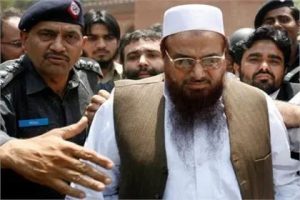 Saeed says he is no longer associated with LeT, and claims JuD only conducts humanitarian aid work. JuD and its Falah-e-Insaniat Foundation (FIF) have operated a network of dozens of schools and hundreds of ambulances, providing humanitarian relief in all four Pakistani provinces.
The UN has long designated the JuD and FIF as fronts for the LeT.

Last year, under pressure after the FATF review, Pakistan formally banned Saeed’s JuD and other associated organizations, after years of allowing them to operate freely across the country.

Saeed remains in custody, and will now be shifted to prison, as verdicts in the four remaining terrorism financing cases are expected later this week