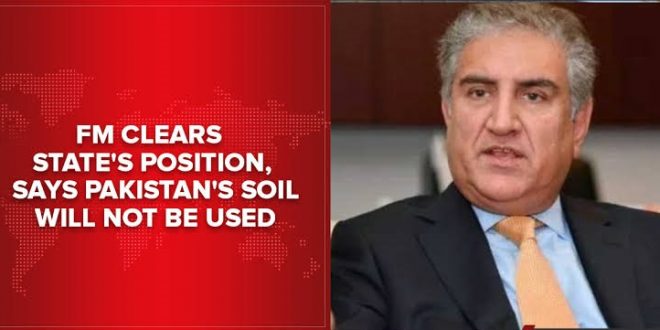 Pakistan will not be party to US-Iran conflict: FM Qureshi 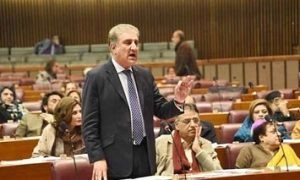 RIYADH/ MELBOURNE/ ISLAMABAD: In relation to the recent escalation of tension between the United States and Iran, Foreign Minister (FM) Shah Mehmood Qureshi said on Monday that Pakistan does not support any unilateral action and will not become a party to the conflict.

While giving a policy statement in Senate today, the foreign minister spoke regarding Pakistan’s role in the wake of the killing of top Iranian commander Qassem Soleimani and other officials by a US drone strike on Friday in Baghdad.

The foreign minister said that Pakistan will not become a part of the ongoing US-Iran crisis.

“Our policy is not to add fuel to the fire, neither will we become a part of it,” said the foreign minister. 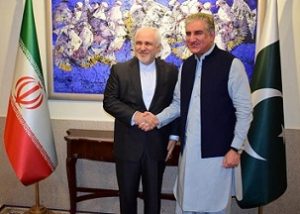 Qureshi said that Pakistan works on its own set of principles, adding that the region of Middle East cannot afford to have a new war.

“If there is a fire then even we cannot escape its far-reaching effects,” he added.

The foreign minister, in his address, said that Pakistan has also cautioned Iran against any further escalation.

Qureshi, in a tweet earlier in the day, had called for “active diplomacy” to de-escalate the ongoing tensions.

Qureshi took to twitter to make it clear that Pakistan “stands for peace, stability and security in the region”, adding that he has “reiterated” Pakistan’s message “to all stakeholders in my recent conversations”. 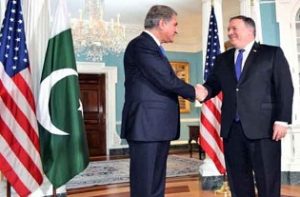 “Active diplomacy to de-escalate tensions is the need of the hour. Violence must be avoided. We’ll continue with efforts,” said the foreign minister.

The military’s spokesperson had said that Pakistan will only play the role of a peacemaker and not take sides in the ongoing conflict between Washington and Tehran.

The DG ISPR, in an interview with a local TV channel, said that “Pakistan has defeated terrorism on its territory and will not allow its soil to be used against any other country.”

Pompeo had called Chief of Army Staff General Qamar Javed Bajwa to discuss the “regional situation including possible implications” after the escalation in the Middle East.

In the phone call, General Bajwa emphasized the need for maximum restraint and constructive engagement by all concerned to de-escalate the situation in broader interest of peace and stability.

The killing of Soleimani in a drone strike in Iraq on Friday sent shock waves in the already volatile region.

Iran has vowed to seek revenge for the Iranian general’s killing, which has led to a barrage of threats being exchanged between the US and Iranian leaders.