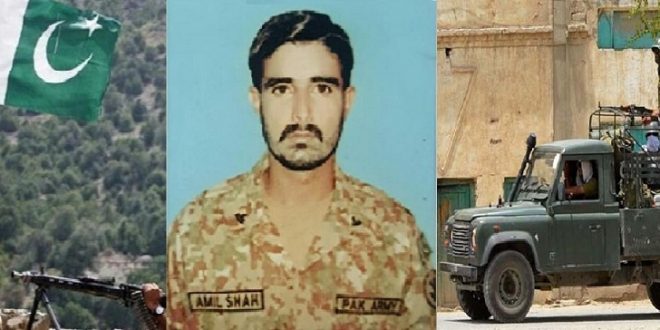 RAWALPINDI/ N.WAZIRISTAN: Recently, in North Waziristan, rouge armed PTM protestors opened fire at the army check-post that took away the precious lives of brave soldiers of Pakistan army and injured several. The protestors kept provoking and disrespecting the deployed army to the point that they launched a full-on assault but Pakistan’s army showed complete restraint until they had to defend themselves and retaliate. 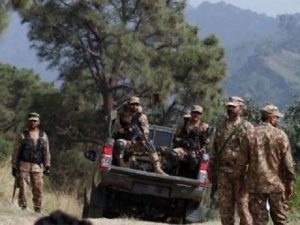 Post-Kharqamar incident the intensity in attacks on armed forces of Pakistan increased according to the Inter-Services Public Relations (ISPR). A total of 5 officers embraced martyrdom while 32 sustained injuries during the span of one month in North Waziristan.

Another soldier of Pakistan succumbed to his injuries after a landmine blast and firing on Pakistan Army vehicle in North Waziristan’s Boya area.

This fearless officer Sep Amil Shah, 26 years of age only, before taking his last breath managed to record his last moments on camera and one cannot help but shed tears for Amil Shaheed. 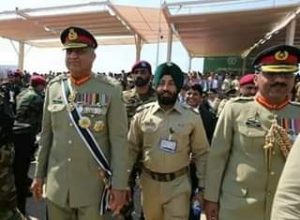 The video is heart-wrenching and is a stark reminder of how these soldiers sacrifice their lives while we sleep soundly in our cozy homes. They, however, leave their homes, their loved ones and their normal lives to defend the soil and the people of this soil, not knowing if they would make it back home to their wife, their children, their parents, and their siblings alive and well.

‘The pride and duty carry them on without an ounce of fear for death, for they are more than ready to embrace Shahadat and enter Jannah’. 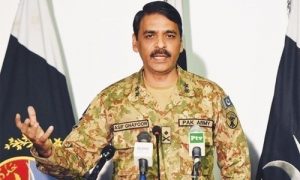 In the video, you also see another soldier who already left this world after terrorist firing and blast only to enter a permanent one that. He lays there peacefully while another takes in the last moments to record before he too joins him, in this world and after.

He is heard shouting “Koi nazar araha hai. Nahin chorun ga” (anybody seeing; will never abscond anyone) and that is enough to show the bravery and fearlessness of the soldier that knowing he might not survive the coming minutes, he is not phased the slightest but in fact, is calm and composed. This is “Pakistan Army” and everyone across the world who has patriotism in his heart, loyalty with his soil and sincerity with his moth-land definitely salute them for their sacrifices and their service to Pakistan. 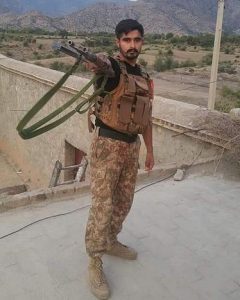 Terrorist activities in North Waziristan have increased in the recent past. 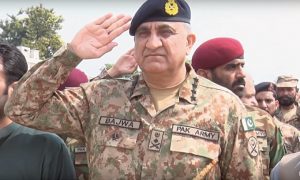 It said five soldiers have been martyred in 31 injured due to terrorist attacks in the tribal district during the last month. The ISPR said the “arrest of facilitators linked to these terrorists’ activities led to Khar Kamar post incident on 25 May” in which Pashtun Tahaffuz Movement (PTM) protesters attacked the army check post in North Waziristan.

According to the DC for North Waziristan Tribal District, two lawmakers associated with PTM were responsible for last Sunday’s attack on the Khar Kamar check post. MNAs Mohsin Dawar and Ali Wazir goaded protesters to attack the check post. Dawar and Wazir are currently under police custody.