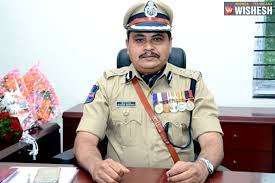 Undoubtedly the acts and misdeeds committed by accused not only landed the poor farmers in a perennial trap but also cheated them with conspiracy beyond recovery, affecting the public order adversely.

The accused conspired and committed the offence of supplying spurious seeds to the farmers with ulterior motive and cheated with his deceitful words and glib talk. Making use of the ignorance of the illiterate farmers, he sold the spurious seeds knowingly and intentionally through his agents/unauthorized persons abets his agents with a view to cheat and cause financial loss to farmers and thereby he made riches.  The Asst. Director of Agriculture and Seed Analyst, after analysis has opined that the cotton (IAHK 2009) does not conform to the prescribed Minimum seed standard of germination i.e 75%.Presently permission is not accorded for cultivation of herbicide tolerant cotton in India by GEAC.

The accused MV Shiva Reddy  hailed from Tadiparthy of Ananthapur. He has been running business of seed manufacturing/ sale in the name of “Nandini Agri Bio-tech Pvt Ltd” at Attapur in Rajendranagar and manufactures all type of seeds. As per norms and procedure, he has to made entry the expired stock in Form-D of the agriculture department and make them crush. But, the accused in greedy of money and to make easy money, he started re-processing and packing the expired seeds and selling to the innocent formers. The accused procured a rented godown at Munganoor (V) of Hayathnagar Mandal and started packing spurious seeds of various seed brands without having any authorised permission to the said premises.

The Hayathnagar Police arrested the accused  in July 2017 and remanded to judicial custody, lodged in Central Prison, Cherlapally after recovered the spurious seeds and equipments to the W/rs.27,68,500/-

Hence, Preventive Detention orders are invoked against the Accused MV Shiva Reddy by the Commissioner of Police, Rachakonda  Mahesh M.Bhagwat,  as a part of preservation of peace and maintaining public order in Rachakonda and to check the menace of Spurious seeds in Rachakonda Commissionerate  today and detained him in Central Prison, Cherlapally.