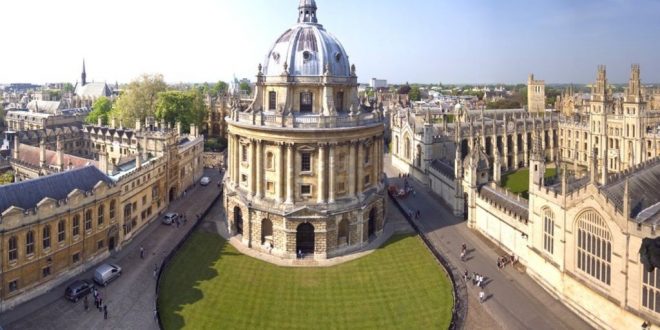 LONDON/ DOHA: Prominent British universities are not dealing with complaints of sexual harassment effectively, appearing more prepared to dismiss them than punish the perpetrators, according to evidence gathered during a two-year investigation. 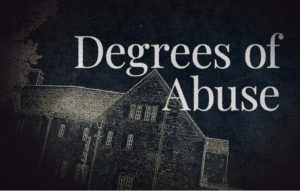 Al Jazeera identified two professors at University of Oxford who fellow academics and students say have abused their position of authority with sexist and drunken behaviour.

It also revealed that the university, where the two teach, fails to protect female students from sexual harassment.

‘Personal reputation as a sexual predator’

One of the professors, Andy Orchard, teaches Anglo Saxon at Oxford, ranked top of the world’s best universities for the sixth year running this year. One of his predecessors was J R R Tolkien, who held the same position when he wrote the Hobbit and much of Lord of the Rings.

Orchard’s teaching career started at Oxford’s academic rival, the University of Cambridge. And that is where two women, now both highly respected academics, encountered him in the 1990’s. 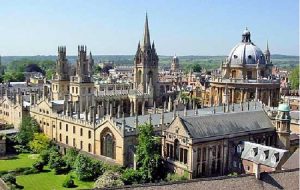 “His academic reputation was high, his personal reputation was as an alcoholic and a sexual predator”, says Professor Catherine Karkov, chair of Art History at Leeds University.

“He held meetings in the pub rather than in his office. So he was drunk many times for meetings.”

Professor Ananya Kabir, now professor of English Literature at Kings College, London, chose Cambridge for her PhD precisely so she could be supervised by Orchard, who had a brilliant reputation as a scholar of the medieval era.

She says her view of him changed completely after a fellow postgraduate confided that she was in a sexual relationship with Orchard and terrified of the consequences if she ended it.

“There was a primal fear. The repercussions were unspecified and therefore nightmarish. It’s an entirely unequal power relationship. Your PhD is your whole world,” says Kabir.

This power dynamic was very apparent in the I-Unit’s investigation across UK universities. There was a fraught relationship between female postgraduate students and their male supervisors, gatekeepers to future careers for women in academia. 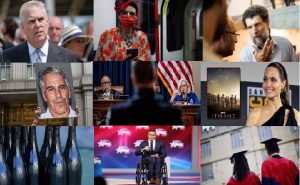 Kabir and Karkov say they reported their concerns about Orchard’s affair and his drinking to senior academics but Cambridge University took no action.

In 2000, Orchard moved to Canada, to a more senior role at the University of Toronto.

There too, there were complaints about him. “He seemed very drunk.  He cornered me on a staircase”, says Professor Alex Gillespie. “Then it got sexualized, he said: ‘I’m going to fire one last shot of testosterone across your bow,’ it felt like a threat”.

At the time, she was a young academic, too frightened of career reprisals to speak out. Today as vice president and principal at Toronto University, Professor Gillespie is a powerful voice, “I no longer want to be complicit in this damaging silence”, she told Al Jazeera.

While at the University of Toronto, students and staff say Orchard had a sexual affair with one young woman and targeted another. Other postgraduates witnessed how frightened their friend was when he tried to lead her on a late-night pub crawl round the campus. They complained to their department but all they heard was that a letter was put on his personnel file, which Orchard was furious about. 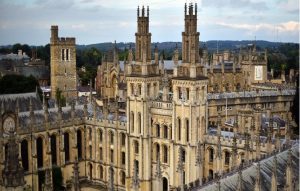 Since his arrival at Oxford in 2013, online comments make it clear his reputation is well known.  “I call on Oxford to explain why they have rewarded and protected Andy Orchard who has one of the worst reputations in medieval studies for his harassment of women”, says one posting.

The I-Unit put its findings to Orchard and received a five-page letter from his lawyers in return. It provided his response to a number of the allegations that had been made to us, but prohibited the I-Unit from including these in this report. However, what can be said is that he disputes the I-Unit’s findings.

‘Dangerous in some way’

A lack of any sanction is the most common result in all the cases the I-Unit investigated, including that of the other Oxford don, Professor Peter Thompson, who specializes in American history.

“We know that feeling when there’s a man in the room who, you know, is dangerous in some way,” is how Mia Liyanage describes classes with Thompson during her history master’s degree. 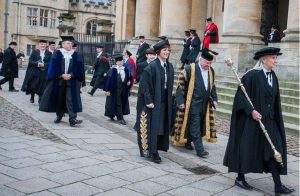 She says he made sexist comments, was physically over-familiar with female students and like Orchard, treated the pub as an extension of the classroom.

In 2019, Mia was horrified to discover that two years earlier several staff from the history faculty had complained that Thompson was unfit to teach.  Nothing was done.

In 2020 Mia was part of a group of two students and five staff who complained again. This time Oxford University upheld complaints of sexual harassment and consumption of alcohol but refused to say what action they were taking, to protect Thompson’s confidentiality.

A colleague of Thompson’s said, “His drinking and inappropriate behavior causes long lasting and professional damage to young women.”

Another feature of the complaints process at Oxford University is that women say hampers any serious action to tackle sexual harassment. 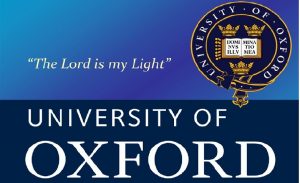 A postgraduate student, Harriet Lester says a fellow student sexually assaulted her in her college room, while she was ill, heavily medicated and in no state to give consent. She didn’t want to go to the police but she did submit a formal complaint to her Oxford College, Balliol.

The college told her no further steps would be taken. The college cited a clause in university policy that says if someone refuses to report a potentially criminal matter to the police; the college may decide not to investigate.

Harriet told us, “I think colleges want to keep their pristine reputations. They will do anything to prevent reports of sexual assault occurring even if that means traumatizing the students that come forward with sexual assault allegations.”

In reply, both Balliol College and Oxford University said they wouldn’t comment on individual cases but they take all allegations of sexual harassment very seriously, along with the wellbeing of staff and students. (Al Jazeera)