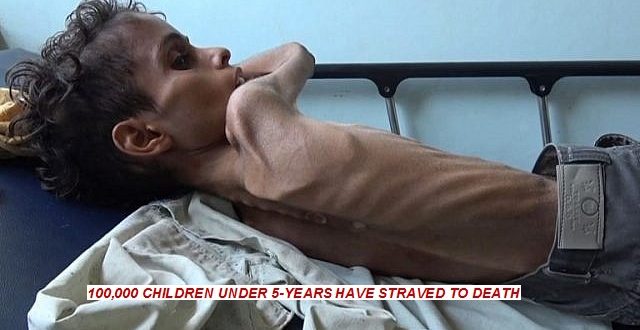 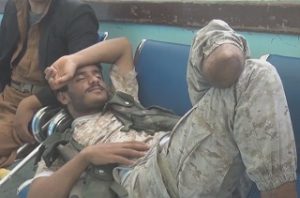 The rights group says disabled people are most at risk because of the war between Houthi rebels and the UN-recognized government, which is backed by a Saudi-UAE coalition.

In 2020, UNICEF and partners plan for 331,000 children aged 6 to 59 months affected by SAM admitted for treatment, 1,700,000 children under 5 years receiving primary health care in UNICEF-supported facilities, 6,800,000, people accessing a sufficient quantity of safe water for drinking, cooking and personal hygiene while in 2020 US$534,982,568 would be required to overcome the present situation.

An estimated 100,000 children under the age of five have starved to death over the last four years as a result of Yemen’s civil war, a report from Save the Children has found, as the charity urged an immediate ceasefire to prevent more loss of life.

Nearly five years after the start of the conflict, Yemen remains the largest emergency globally, with 24 million people out of the population of 30.5 million in need of humanitarian assistance.The conflict has left 3.6 million people, including 2 million children, 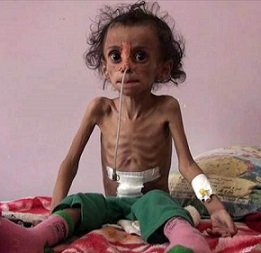 internally displaced, and at least 500,000 public sector workers have been without salaries for three years. Humanitarian access to vulnerable populations remains severely constrained. Since August 2019, a new conflict in southern Yemen has led to rising food insecurity, poor sanitation and lack of safe water. The water supply and sanitation systems have been severely affected by the conflict. An estimated 12.6 million people are in acute need of water, sanitation and hygiene (WASH) services and more than 17.8 million people require WASH assistance in general. Immunization coverage has stagnated at the national level, resulting in outbreaks of measles, diphtheria and other vaccine-preventable diseases, and leaving the population vulnerable to polio. Thirty-seven per cent of children under 1 year are not fully vaccinated and therefore at higher risk of vaccine-preventable diseases. More than 687,000 suspected cases of acute watery diarrhea/cholera and 898 associated deaths were recorded in the first nine months of 2019. Children are bearing the brunt of the conflict: 2,000 children have been killed and 4,800 have been maimed since the conflict began; 2,700 boys have been recruited into armed forces and groups; and over 368,000 children less than 5 years are suffering from severe acute malnutrition (SAM). The damage and closure of schools and hospitals are threatening children’s access to education and health services, rendering them vulnerable to serious protection concerns. At least 2 million children in Yemen are out of school. While an estimated 46 per cent of girls and 54 per cent of boys are enrolled in school, secondary-level girls are more likely to drop out due to security issues, lack of female teachers and the lack of appropriate WASH facilities.

UNICEF’s humanitarian strategy in Yemen is aligned with the Humanitarian Needs Overview, Humanitarian Response Plan and cluster and program priorities. UNICEF leads the nutrition and WASH clusters, co-leads the education cluster and the child 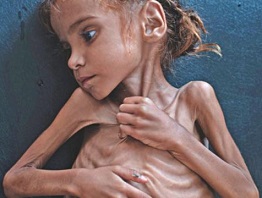 Task Force on Monitoring and Reporting will engage with parties to the conflict to prevent and halt grave violations of children’s rights. UNICEF will pursue gender-sensitive planning and provide partners with training on preventing sexual exploitation and abuse. Given the widening gender disparities and lack of equal access for women and men to economic and social opportunities – both of which are tied to the security and economic situations – in 2020, UNICEF will use a cross-sectoral approach to leverage its existing programs to mitigate, prevent and respond to gender-based violence. Poor and marginalized children and families will receive integrated social protection services. Working with partners, UNICEF will deliver life-saving supplies to areas impacted by armed violence through the inter-agency Rapid Response Mechanism.

As of 31 August 2019, UNICEF had US$385 million available against the US$536 million appeal (72 per cent funded). UNICEF responded to urgent needs in Yemen through multi-sectoral

interventions, while working to prevent the collapse of national systems. Results were achieved despite an extremely complex environment characterized by access constraints across the country, non-availability of supplies locally and lack of fuel and local currency, among other challenges. To address these issues, UNICEF employed high-level sustained advocacy with relevant authorities, accessed its global supply chains and established a long-term agreement with the World Food Program (WFP) for fuel support. Despite the challenges, UNICEF and partners reached some 5.4 million people with safe drinking water, 16 million people in cholera-prone areas benefited from water treatment and 6 million people received health information. UNICEF kept over 3,700 health facilities functional, reaching some 730,000 pregnant and lactating women with primary health care services, including the minimum service package. Over 11.8 million children aged 6 months to 15 years received measles and rubella vaccination. By the end of August, nearly 200,000 children had received SAM treatment. Through the Monitoring and Reporting

Mechanism, UNICEF verified 80 per cent of all protection cases. Nearly 400,000 children received psychosocial support and 1.6 million people were trained in mine risk awareness. Through three cycles of teacher incentives, UNICEF reached over 128,000 school staff during the 2018/19 school year. Several planned targets were not reached due to funding shortages, operational constraints and the changing needs on the ground. The national polio campaign targeting over 5 million children is yet to take place. Planned targets for social policy were not reached due to the delayed pilot implementation and expansion was not feasible for 2019. The Rapid Response Mechanism results are lower than planned due to the limited number of people in Yemen returning to their areas of origin.