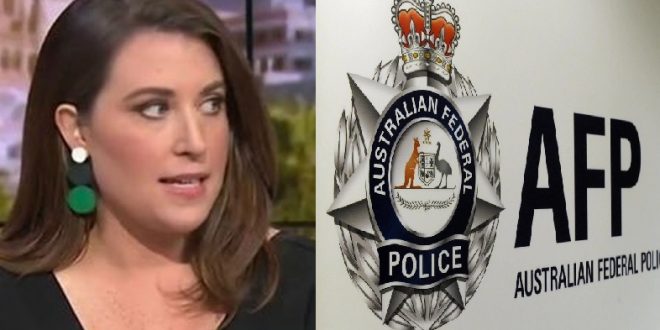 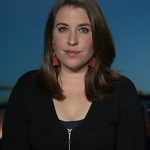 CANBERRA: Police have raided the Canberra home of a News Corp journalist after she reported that the Federal Government was considering spying on Australians.

According to the Daily Telegraph, the raid related to a story published in April last year in which Annika Smethurst reported that the Home Affairs and Defence departments were considering giving spy agencies greater surveillance powers.

“This raid demonstrates a dangerous act of intimidation towards those committed to telling uncomfortable truths,” a News Corp spokesperson said.

“The raid was outrageous and heavy-handed.”

“The matter relates to an investigation into the alleged unauthorised disclosure of national security information that was referred to the AFP,” the AFP said in a statement.

“Police will allege the unauthorised disclosure of these specific documents undermines Australia’s national security. “No arrests are expected as a result of this activity.”

ASD collects and assesses foreign intelligence information before passing it on to Australia’s domestic and foreign spy agencies.

The Australian Signals Directorate (ASD) does not collect information on Australian citizens, but some senior public servants want to change that. 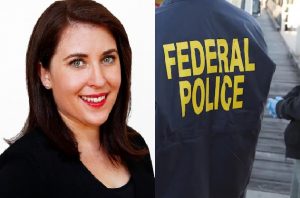 The story alleged new powers, if adopted, would go to the ASD to secretly access bank records, emails and text messages without leaving a trace.

Smethurst’s article included images of letters between the two departments as they discussed the proposals.

The Defence Department referred the leak to the AFP on April 29, 2018, the same day News Corp published the story.

Then Foreign Affairs Minister Julie Bishop at the time said she would not support the proposal if it had been brought to cabinet.

“What’s gone on this morning sends clear and dangerous signals to journalists and newsrooms across Australia.” “This will chill public-interest reporting”, the News Corp spokesperson said.

Federal Parliamentary Press Gallery president David Crowe, from the Sydney Morning Herald and Age, was among the high-profile journalists to raise their concerns about the raid on Smethurst’s home. “This is a huge concern when (Annika Smethurst’s) story was clearly in the public interest,” he said on Twitter. 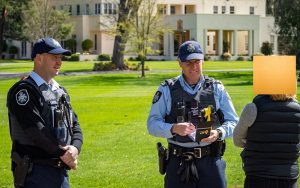 The Media Entertainment and Arts Alliance, the union that represents journalists, described the raid as an “outrageous attack on press freedom”.

“It is an outrage that more than a year after the story was reported in April, 2018, but just days after the federal election result, the Federal Police are now raiding a journalist’s home in order to seize documents, computers and a mobile phone in order to track down the source,” MEAA media president Marcus Strom said.