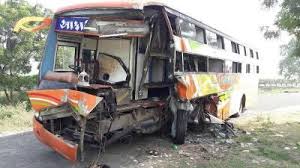 One killed, 23 Injured in Bus Accident in Nirmal Dt. 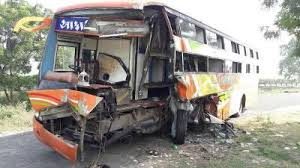 : One person was killed and 23 others injured   in a Bus accident near Dhyanapurvillage of Sarangpur mandal in this district today.

According to information, one person was killed and 23 passengers injured when the RTC bus in which they were travelling overturned after hitting a car. The bus was proceeding from Hyderabad to Nirmal. Passengers opined that negligent driving was the cause of the accident.  The injured passengers were shifted to Nirmal hospital.

Minister Indrakaran Reddy visited the accident spot and later the Hospital where the injured were admitted.  He advised the Doctors to provide proper treatment to the injured persons.