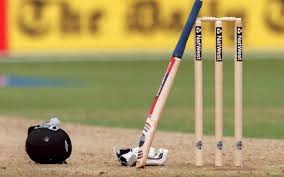 One held for cricket betting in city

Hyderabad,  On a tip-off, South Zone Task Force personnel busted a cricket betting racket and arrested one Arun Kumar Rathi, a business of Chappal bazaar and seized Rs 1,06,000 and three cell phones at the instance of the accused.

Police said Arun Kumar Rathi was organizing cricket betting for the past six months and accepting betting amounts for all cricket matches i.e. Test and One-Day matches for pecuniary gain. The accused was getting match updates and betting ratios (rates) through mobile phones by contacting one Bunty, a bookie  of Akola in Maharashtra.

On a tip-off that the accused was collecting betting amounts from punters during Big Bash League (BBL), the sleuths raided Naigra Hotel at Chaderghat and arrested the accused and also seized Rs 1,06,000 and three Cell phones from him. Earlier also, the accused was involved in Cricket betting case and arrested by Kachiguda Police