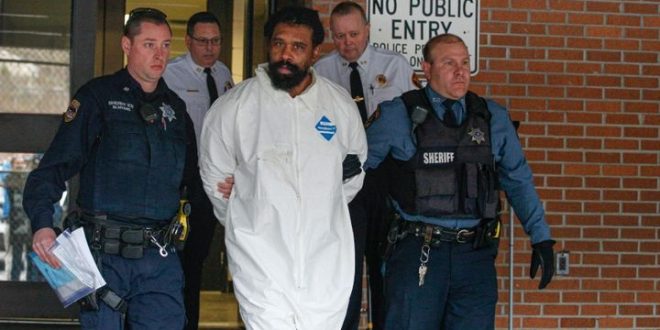 NY attacker ‘referred to Jews’ in journals; ‘Grafton is psycho’ 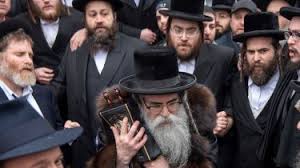 Federal prosecutors have filed hate crime charges against Grafton Thomas over the attack.

The filing says his journals included drawings of the Star of David.

His internet search history also included questions such as “why did Hitler hate the Jews”, it said.

Grafton Thomas’s attorney pointed to his client’s history of mental health problems, and said there is no evidence the attack was driven by anti-Semitism.

There has been an increase in police patrols around Jewish neighborhoods and synagogues following the attack. 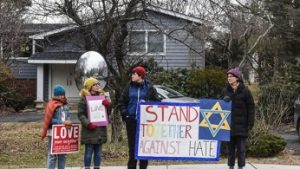 The criminal complaint said agents recovered journals from the suspect’s home in Greenwood Lake, New York, including comments such as “why (people) mourned for anti-Semitism when there is Semitic genocide”.

It says the 37-year-old also used his phone to search for “why did Hitler hate the Jews” on four occasions.

“German Jewish Temples near me” and “prominent companies founded by Jews in America” were also searched, along with other references to “Nazi culture” and swastikas. On Saturday, Grafton Thomas accessed an article about an increase in police presence in New York after possible anti-Semitic attacks.

He is expected to appear in federal court on Monday to face five counts of obstructing the free exercise of religious beliefs by attempting to kill with a dangerous weapon and causing injuries. 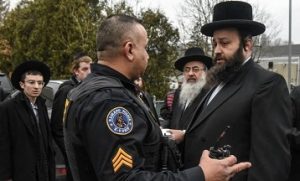 “We were able this morning to… review scores of papers which frankly show the ramblings of a disturbed individual, but there is no suggestion in any of those ramblings… of an anti-Semitic motive,” he told reporters.

A man brandishing a machete on Saturday attacked a Hanukkah celebration at the rabbi’s property in Monsey – an area with a large population of ultra-Orthodox Jews.

Rabbi Yisroel Kahan, who was in the house at the time, described the moment the attack began.

“He pushed his way in, slammed the door shut and said ‘none of you getting out of here’ – something to that effect, nobody’s leaving – and pulls out a machete and unsheathes it and starts doing the unthinkable,” he said. 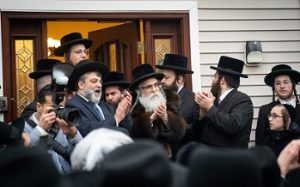 Thomas was detained soon after and charged with attempted murder. He pleaded not guilty, and is being held in jail with his bail set at $5m (£3.8m).

“We must all come together to fight, confront and eradicate the evil scourge of anti-Semitism,” the president said.

They included a threat by a man who walked into an Orthodox Jewish community organization’s headquarters in Brooklyn and threatened to shoot someone. In another incident a 30-year-old woman reportedly slapped three women in the face. 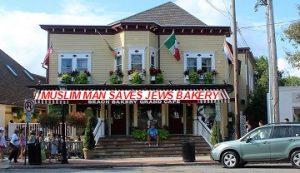 “You see a swastika being drawn, you see a brick being thrown through a window, you see a woman walking down the street with her kids and having her wig ripped off,” he said.

In April a gunman killed a female rabbi and wounded three people at a synagogue in San Diego.

That attack came exactly six months after the deadliest anti-Semitic attack in US history, when a gunman killed 11 worshippers at the Tree of Life synagogue in Pittsburgh.

Post Views: 11
2019-12-31
admin
Previous Thousands on Australian beaches to get ‘Shelter in Water’
Next MRM Leaders assuages concern over CAA, NRC: says both have nothing to do with Indian citizens including minorities