NON-AUSSIES RETURN BACK TO THEIR HOMES 11th killing of girl, 10th man murdered in Australia

MELBOURNE: The crime ratio is becoming high in Australia day by day while neither the Law Enforcing Authorities (LEAs) nor the government seems to serious to control crimes accept to focus on non-issues just to get money and both are harassing to foreigners and migrants especially those case are in pending nothing else plus neither the Labor nor the Liberal is sincere with nation because they have no policy to overcome colonization and criminal issues that’s why the Australia has become unlivable for foreigners particularly world most decent and peaceful Pakistani community and because of this worst situation the Pakistanis mostly Karachiites are leaving Australia rapidly, sources told Messenger.

One of Victoria’s top cops has made an impassioned statement decrying violence against woman after another body was found in a Melbourne park. 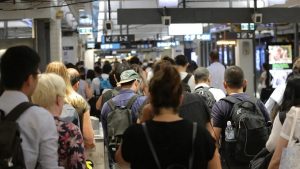 The woman who was found dead in a Melbourne park on Saturday morning died as a result of a “horrendous bashing”, Police on Sunday identified the woman as 25-year-old Courtney Herron, of no fixed residence.

Meanwhile, an 18-year-old man has been “brutally” killed and two young men are in custody after a brawl erupted at a party in Sydney’s southwest.

Police say the fight broke out at a home in Ingleburn just before 9.40pm on Friday before it spilled onto the street.

The crowd grew bigger on Chester Road as more people arrived in vehicles, bringing with them a number of weapons including a baseball bat, golf club and wooden and metal poles. 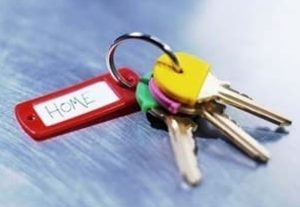 Armed robberies, gang wars, stealing and snatching of precious cars, vehicles, homes appliances, valuables, cash and mobile phones, kidnapping and missing of dozens of persons especially kids, teenagers, women and aged citizens, fraudulent tricks, dishonesty, fake and forge documentation, laziness, discrimination, ethnical, rational and many other bad practices have become the part of Aussie culture while the ‘authorities’ are not ready to awake, they say, ‘all is well and nothing should be worried’ hence, beside the above condition and despite the mentioned status the Aussies may be faced severe losses anytime because of the rising of ISIS/ ISIL/ Daesh and other terrorist groups and underworld networks in Australia for which Messenger has been indicating but ‘a leopard cannot change its spot’  and ‘the tails of dogs are curly’ the entire missionary is dead and the whole structure runs on auto-system, this was the 11th killing of another young girl in Melbourne whereas the 10th murdered of a youth in Sydney, sources concluded.