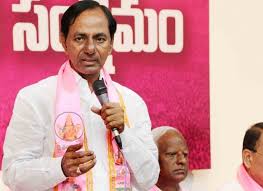 No separate Budget for Agriculture; CM drops move on advice of experts

Hyderabad,  The State government has decided not to introduce separate Budget for Agriculture for the 2018-19 financial year as announced earlier because there was no provision for department-wise budget in the Constitution. The guidelines and legislative procedures will also not permit a separate budget for any department.
Chief Minister K Chandrashekhar Rao today reviewed issues pertaining to introduction of the State Budget and of having a separate budget for agriculture for the financial year 2018-19. Ministers T Harish Rao,  Pocharam Srinivas Reddy, Etela Rajender, Mahender Reddy, Tummala Nageswara Rao, Chief Whips in Assembly and Council  Koppula Eshwar, P Sudhakar Reddy, Govt Chief Advisor  Rajiv Sharma, Economic Advisor GR Reddy, Principal Secretaries S Narsing Rao, Ramakrishna Rao, Parthasarathy, Agriculture Commissioner Jagan Mohan, Horticulture Commissioner Venkatram Reddy, Legislature Secretary Narasimhacharyulu and others participated.
The Chief Minister said the State government has been giving top priority to agriculture from the beginning and adequate funds would be allocated in the current Budget to take up more programs and schemes for farmers.
It may be mentioned here that the State government had earlier decided to introduce a separate Budget for agriculture as it was giving more importance to the sector. A discussion on the feasibility of such a proposal took place in the meeting. The officials informed that the entire State Budget should be one and the Constitution guidelines will not allow separate budgets for the departments. Under Rule 150 of the Legislative guidelines, receipts and expenditure are only treated as Budget. Other plans, programs and schemes would come under the Bills and as such they cannot be treated as separate Budget, the officials explained.
They also recalled how under the united AP, once the efforts to introduce a separate Budget for agriculture turned controversial and how it was withdrawn. The CM also reminded that at the Centre too, the Railway Budget, which was earlier a separate one, was now being introduced along with the Annual Budget. With this, the Chief Minister announced withdrawal of proposal to introduce a separate Agriculture Budget for the financial year 2018-19.