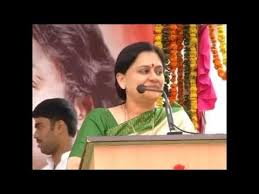 Hyderabad : Chitra Ramachandran Special Chief Secretary for Housing today stated that GST impact is less on double bedroom scheme which was launched under VAT regime in the state and contractors should not worry as the government will release funds on time. She was addressing an orientation program at FTAPSI here for nodal officials and engineering staff who will involve in the construction works of the housing scheme. Directing to speed up the works She informed that “project monitoring system will be in place in districts. This system to speed up the works and ensure timely release of funds, payment to the contractors and execution of the works as per plan she said. As per GST norms the nodal officials in the districts have to register their details by getting exemption from the GST regime.

The scheme was launched before GST regime and the works come under VAT regime she said adding that transparency will be maintained and release funds avoiding delay. While each housing unit costs Rs 5.04 lakh in villages actual cost is Rs 4.80 lakh and the rest of Rs 24000 is 5 per cent TDS. It is estimated that about 5 to 8 per cent input tax credit is available to the contractor to procure material.