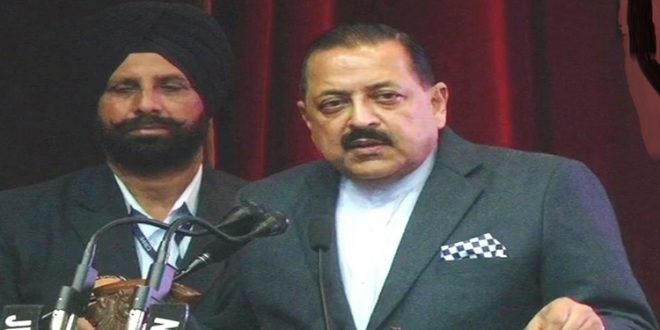 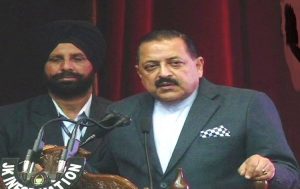 Continuing their mission of special Public Outreach Programme in Jammu and Kashmir on the second day today, nine Union Ministers visited ten blocks of six districts in Jammu Division to meet people on ground and seek their feedback on various development initiatives and schemes. Throughout the day, the ministers inaugurated several development projects besides laying foundation stones for various other projects of public importance.

The ministers also held public interactions with local people, elected representatives of Panchayats and Block Development Councils to take note of their grievances with an aim to redress them and also sought their feedback on various development initiatives and welfare schemes of the government for their effective implementation. Listing benefits of abrogation of Article 370, all ministers reiterated that Government is determined to revitalize economic growth by drawing investments and industrial houses in J&K and it will see an exemplary development in the coming years.

AIR correspondent reports, the ministers who visited different blocks of Jammu Division today listed the initiatives of the Central Government in their public interactions, particularly those taken after the abrogation of Article 370. Smriti Irani, Mahendra Nath Pandey, Arjun Ram Meghwal, V Muraleedharan, Anurag Singh Thakur, Dr. Jitendra Singh, Piyush Goyal, Ashwani Choubey and RK Singh who met people in different areas assured them that all bottlenecks hampering the development and welfare in Jammu and Kashmir are being removed with true commitment, dedication and sincerity.

The ministers visited Katra, Panthal, Dansal, Basohli, Bilawar, Nagrota, Udhampur, Akhnoor, Ghagwal, and Khellani blocks. Tomorrow four more ministers are scheduled to reach Jammu to be a part of this special outreach programme, which is being seen as a significant move to push development to a new level in Jammu and Kashmir. The ministers said, Kashmir was and is very close to the heart of Prime Minister Narendra Modi, saying under his leadership, government is resolved to fast pace the development in the Union Territory, which is witnessing a renewed growth and development in various sector