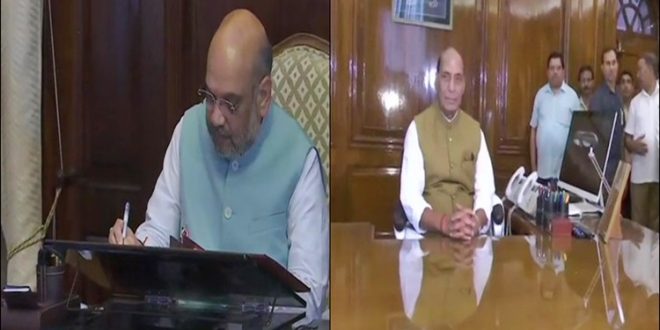 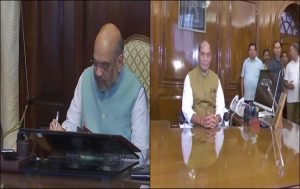 Rajnath Singh took the charge as Defence Minister. Earlier, Mr. Rajnath Singh visited National War Memorial to pay tributes to the brave soldiers who sacrificed their lives in the service of the nation. In a tweet, the Minister said, he is looking forward to further strengthen National Security and Defence.

Narendra Singh Tomar today took charge of the Ministry of Agriculture and Farmers welfare. Parshottam Rupala and Kailash Choudhary also took charge as Ministers of State in the Ministry.

After taking over charge, Mr Tomar the officials Mr Tomar reminded senior officers of the Ministry of the vision of Prime Minister Narendra Modi for doubling farmers’ income by 2022 and urged them to focus on realising this goal. The Minister emphasized on strengthening and fast tracking of e-NAM to facilitate agricultural trading.

He said, Narendra Modi government in its first Cabinet meeting approved extension of the PM-Kisan Samman Nidhi Yojana, which is an income support scheme to all farmers and also cleared PM Kisan Pension Yojana for agriculturists. He asked the officials to keep a strict vigil on the monsoon and drought conditions in the coming agriculture season.