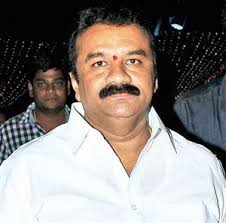 Hyderabad,  Animal Husbandry and Dairy Development Minister Talasani Srinivas Yadav today said that the Government is coming up with a new Act to file cases against those who resort to baseless charges. A new Act will be in place to book cases against those who make false and baseless charges,  he warned.
His warning comes in the wake of the opposition leaders  making corruption and other charges of irregularities in the flagship programs, projects and development works. Talking to media persons at Secretariat here he also said that 1000 Vijaya Dairy outlets will be set up in the twin cities soon as part of strengthening the government dairy. The minister stated that the outlets will increase the sales of quality products of diary s.
Srinivas Yadav also said that these outlets will be set up at tourist spots, national highways, bus stands, railway stations, temples and dense areas to increase its sale. ‘We have asked the officials to take immediate steps in this regard’ he said. It is pertinent to  note that he expressed discontent at the officials for not  being able to compete with other diaries in the open market. Vijaya Dairy products should be supplied to all the government educational institutions and programs.
Stating that sheep scheme is meant for developing Yadava community,  he said that the Golla and Kuruma people are benefiting with it. However, the minister was cautious of irregularities in the sheep scheme. Referring to alleged  baseless remarks being made by some political parties and others, he warned that  the government will take stern action. The Government is coming up with a fresh Act to file cases against those who indulge in making baseless charges or allegations and damaging their image,  the minister said. Cases will be filed against anyone  who make derogatory remarks against others,  he added.