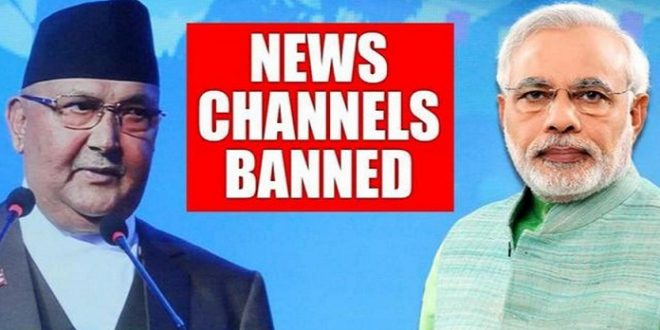 KATHMANDU/ NEW DELHI: Nepal’s cable and satellite television providers have stopped airing Indian news channels, with one operator saying on Friday that the move was in response to public complaints against “objectionable” content broadcast about Prime Minister KP Sharma Oli. 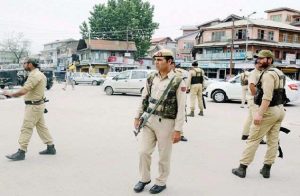 The two South Asian countries have been wrangling since India opened a new road in the disputed Lipulekh pass on their border in May.

The Indian channels went blank late on Thursday; days after one report on Zee News suggested Oli had close ties with the Chinese ambassador to Nepal, who has been meeting several leaders of Oli’s Nepal Communist Party.

“We felt a moral responsibility to block the channels after they aired objectionable content about our country,” Max Digital TV vice chairman Dhurba Sharma told media.

“We request all media, including those of our neighbouring country, to not broadcast news that damages our country’s image,” he told a press briefing. 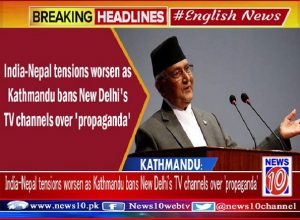 The Kathmandu Post in a strongly-worded editorial on Friday accused Indian news channels of coming up with a “new – and invariably false – propaganda against Oli”.

“Sitting in their [New] Delhi or Mumbai studios, they do not hesitate to announce the date and time of Oli’s resignation, some of them even asking him to step down. Oli, it seems, is the new enemy they must fight each day to garner higher television rating points for themselves,” the editorial said.

Indian TV channels have also been accused of pushing Islamophobic and anti-Muslim views in Nepal, a country with 4 percent Muslims, using the coronavirus pandemic to cause unrest and backlash against the minority community.

Oli has been a target of the Indian leadership and media since his government brought out a new map of the country that includes territories claimed by both India and Nepal.

The new map has strained relations between two South Asian nations with exchanges of strong statements. 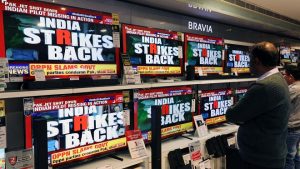 Kathmandu’s relations with New Delhi worsened after Oli said last week in an internal party meeting that India was attempting to overthrow him from office with help from some of the members of his party.

India, which has traditionally wielded influence in Nepal for decades, sees China’s increasing involvement in the tiny Himalayan nation with suspicion.

Besides China’s investment in the building of airports, highways and hydropower projects in Nepal, Chinese diplomats have worked to increase ties with Nepali political leaders.

Beijing views Kathmandu as key to its massive transcontinental infrastructure Belt and Road Initiative that builds on old Silk Road route that once connected China to the West, analysts say.

India has been wary of Nepal since a communist government was elected in 2017, but Nepalese officials deny China’s involvement in its internal matters. (Int’l Monitoring Desk)