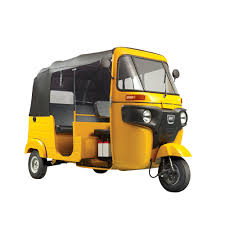 Hyderabad, Aug.6 (PMI): Fleecing of passengers by Auto rickshaw drivers in the twin cities of Hyderabad and Secunderabad and the adjoining areas has become a big nuisance since some years now, but the authorities concerned in the State Government    are not at all taking note of the same.  The officials of the Transport and police departments have stopped taking action against the erring auto rickshaw drivers quite for some years now for illegal collection of exorbitant fares and refusal to ply the autos at the meter fares.

These are the observations made by a regular auto user, who adds that lakhs of citizens are feeling the pinch of the fleecing by the auto drivers, and it’s high time the State Government and the authorities concerned took remedial action in the matter.  Regular auto users say that the auto drivers have their own contention for collecting extra fares over and above the meter rates. Even for a small distance of five meters, the auto drivers are demanding anywhere from Rs.150 to Rs.90, almost two, three times the actual meter fare now existing.  Imagine an auto drivers demanding Rs.70 or Rs.80 for a small distance of less than two Kms, from Nampally Metro Station to old MLA quarters in Hyderguda. Ironically enough, the Ola and Uber autos are also charging anywhere from Rs.97 to 104 even for less than five Kms distance, while propagating that Ola auto costs only Rs.29 for Four Kms. Even for less than four Mks, they are charging Rs.34 to Rs.40, but for five Kms they are charging very high rates.

When confronted by the passengers, the auto rickshaw drivers are coming  out with the argument that the meter rates were fixed long back, some years ago, and the petrol and diesel  rates have gone up several times and hence they cannot ply the autos at the meter rates, incurring losses.

The arguments of the auto drivers are also valid, auto users point out.  They are of the considered view that it is incumbent upon the State Government authorities to increase the auto fares, taking in to consideration the factors like hike in petrol/diesel rates, maintenance costs, etc.  They plead that the Government should look in to the matter, increase the auto meter fares and then take strict action against those auto drivers who flout the rules and demand more than the meter fares. Once the auto fares are increased reasonably, the authorities could take action against the rule violators, auto users feel. (PMI)