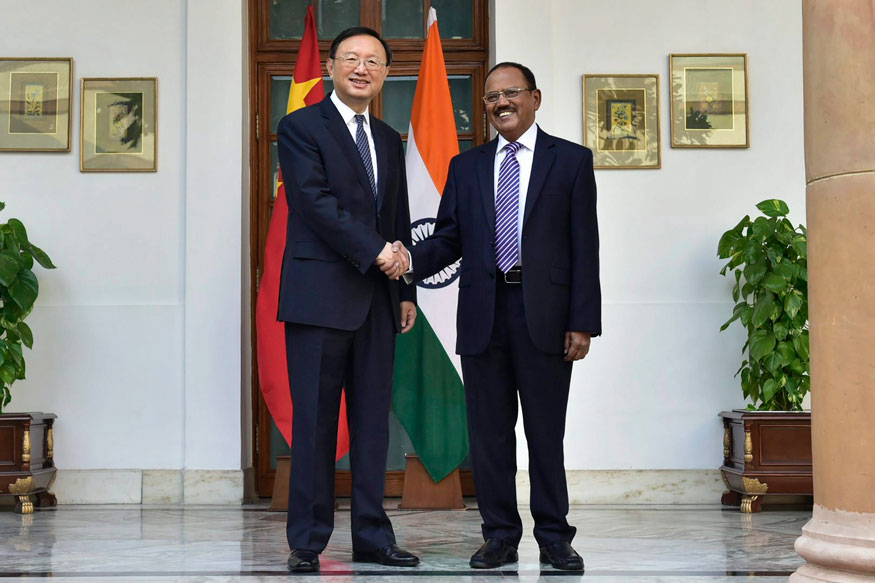 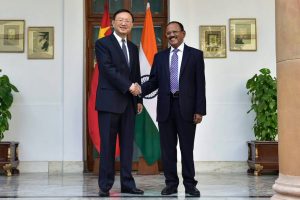 National Security Advisor, Ajit Doval held talks with top official of China’s ruling CPC Yang Jiechi in Shanghai today.
In a brief statement, the Indian Embassy in Beijing said that this is the second meeting between the two officials after the last year’s Dokalam stand-off. Doval and Yang, the Politburo member of the CPC, are special representatives of the India-China boundary talks.
The meeting comes ahead of several key dialogues between the two countries, trying to reset the ties.
Besides, Doklam, the two sides have been trying to iron out differences on the China-Pakistan Economic Corridor, India’s entry into the Nuclear Suppliers Group and China blocking the efforts to designate Jaish-e-Muhammad chief Masood Azhar as a terrorist by the UN.
A series of high-level interactions are lined up before Prime Minister Narendra Modi’s proposed visit for the Shanghai Cooperation Organisation (SCO) summit in June. External Affairs Minister Sushma Swaraj and Defence Minister Nirmala Sitharaman are scheduled to be in Beijing on 24th of this month to attend different meetings of the SCO and interact with their counterparts from the member states.
2018-04-13
admin
Previous Gram Swaraj Abhiyan Programme in Telangana by BJP
Next Kathua gang-rape: SC seeks material on strike by J&K bar body