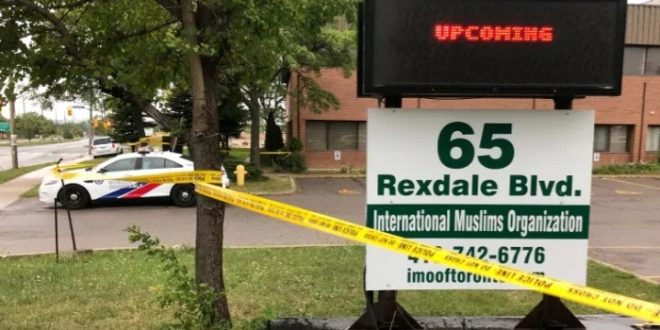 TORONTO: An elderly Muslim man, said to be in his 60s, was stabbed to death outside a mosque in Toronto, Canadian Broadcasting Corporation (CBC) reported on Sunday, citing paramedics.

The incident took place on Saturday evening in the area of Rexdale Boulevard and Bergamot Avenue, said the publication.

According to CBC, when the paramedics arrived, the man was found “without vital signs”. 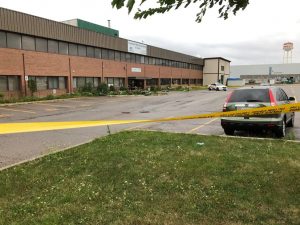 The victim belonged to the International Muslim Organization of Toronto, the organization confirmed in a statement on social media on Saturday night.

The organization said it was “deeply saddened and shocked” to learn about the “tragic incident.”

“There are no words for what happened to the member of this congregation,” the statement read.

“We further encourage our community not to speculate on what happened as the investigation is ongoing. Instead, we ask that you keep our brother and his family in your prayers.”

The police’s homicide unit is probing the incident, CBC reported.
Police say that the suspect is “a slim man wearing a black hoodie and dark pants”. Anyone with any information regarding the incident has been urged to contact the police. (Int’l Monitoring Desk)