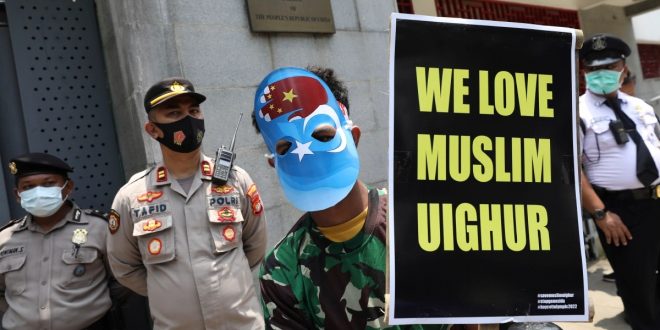 BEIJING: A group of more than 40 Muslim-American civil rights organizations in the United States announced on Thursday a campaign to boycott Hilton Worldwide over what they said is the corporation’s plan to construct a hotel on the site of a Uighur mosque bulldozed by authorities in China’s Xinjiang region.

Speaking at a news conference held in front of the Hilton headquarters in Virginia, the Council on American-Islamic Relations (CAIR), an organization at the forefront of the initiative, said they had been “negotiating indirectly” with the hotel group appealing them to cancel the construction plan, but that talks had gone “to no avail”. 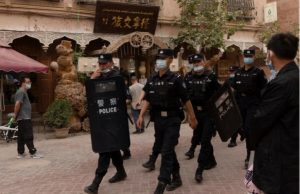 “You and I have the choice to choose where to go on your travel or to do business meetings or to hold events, weddings or banquets,” Awad said, adding that the project is a human rights violation that contributes to the destruction of Uighur culture and faith.

China has waged a long campaign against the mostly Muslim Uighur population with mass internments, forcible sterilizations, separating children from families and destroying religious and cultural locations. China has denied the claims.

The site that has prompted the boycott was a mosque in Hotan prefecture, destroyed in 2018 that Hilton plans to turn into a Hampton Inn hotel.

Awad said they were made aware of the proposed project in early June.

In July, a bipartisan US congressional commission called on Hilton Worldwide not to allow its name to be associated with the hotel project.

About 16,000 mosques in 900 Xinjiang locations were partially or completely destroyed between 2017 and 2020, according to research by the Australian Strategic Policy institute.

Minarets have been removed from mosques, some demolished altogether in the area that is closely monitored by China. The destruction has been verified by reports on the ground, and comparing satellite photos from previous years until now. 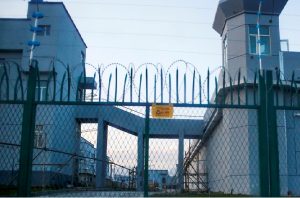 Officials in Beijing told the Reuters news agency earlier this year that no religious sites in Xinjiang had been forcibly destroyed or restricted and invited them to visit the area.

In 12 days of reporting during Ramadan in April and May, most of the mosques Reuters journalists visited had been partially or completely demolished, the agency said.

The United Nations and rights groups estimate that one million Uighurs and other ethnic minorities are being held in camps where they have been put to work in Xinjiang. China initially denied the camps existed, but has since said they are vocational centres designed to combat extremism.

China has denied accusations that it mistreats minority Uighur Muslims in Xinjiang, or that forced labor is carried out there.

In January, the US announced an import ban on all cotton and tomato products from Xinjiang over allegations that they are made with forced labor by Uighurs.

Several Western brands including H&M, Burberry and Nike have been hit by consumer boycotts in China after raising concerns about suspected forced labor in Xinjiang. China holds roughly 20 percent of the world’s cotton market and 85 percent of its cotton comes from Xinjiang. 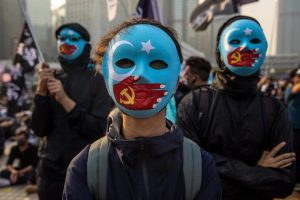 The Berlin-based European Centre for Constitutional and Human Rights (ECCHR) accuses Lidl, Hugo Boss and other retailers of abetting and profiting directly or indirectly from forced labor in Xinjiang’s cotton industry, according to the 96-page complaint received by prosecutors in the Karlsruhe federal court.

On Monday, the United Nations’ rights chief Michelle Bachelet said that recent efforts to gain access to China’s Xinjiang region to probe reports of serious violations against Muslim Uighurs have not succeeded, adding that she was finalizing a report on the situation.

“I regret that I am not able to report progress on my efforts to seek meaningful access to the Xinjiang Uighur Autonomous Region,” Bachelet said at the opening of the Human Rights Council in Geneva.

“In the meantime, my office is finalizing its assessment of the available information on allegations of serious human rights violations in that region, with a view to making it public,” she said. (Al Jazeera)