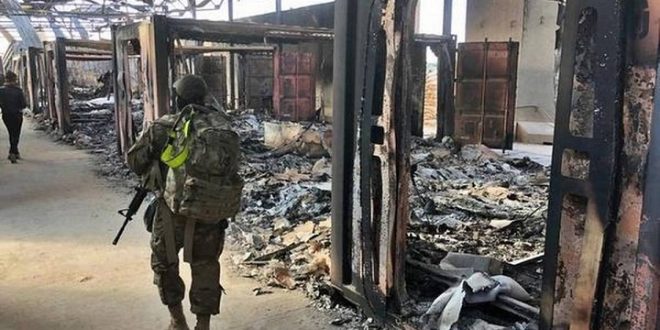 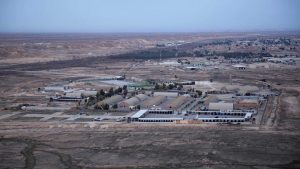 BAGHDAD/ WASHINGTON: At least 10 rockets have landed at Ain al-Asad airbase in the western Iraqi province of Anbar, according to the Iraqi military and the US-led coalition forces.

The rockets struck the airbase, which hosts US, coalition and Iraqi forces, at 7:20am local time (04:20 GMT), Colonel Wayne Marotto, spokesman for the US-led coalition forces in the country, said on Wednesday on Twitter.

A Baghdad Operations Command official told Reuters news agency earlier that about 13 rockets were launched from a location about 8km (5 miles) from the base, which is in western Anbar province. 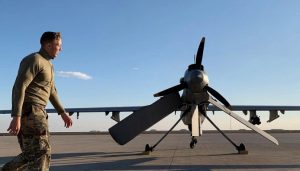 Another Iraqi security source and a government official who spoke on condition of anonymity said the rockets were launched from the Baiader area.

It was the first attack since the US said it had targeted Iran-aligned militia positions along the Iraq-Syria border on February 26. Kata’ib Hezbollah (KH) and Kata’ib Sayyid al-Shuhada (KSS) – Iranian-backed Iraqi paramilitary forces, were targeted in the US air raids – the first military action under President Joe Biden.

“Coalition forces are in Iraq to fight Daesh at the invitation of the Iraqi government,” he tweeted, using the Arabic acronym for ISIL. “These terrorist attacks undermine the fight against Daesh and destabilise Iraq.” 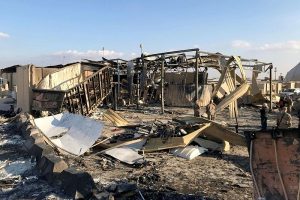 Denmark, which like the US and the UK also has troops at the base, said coalition forces at Ain al-Asad were helping to bring stability and security to the country.

“Despicable attacks against Ain al-Asad base in #Iraq are completely unacceptable,” Danish Foreign Minister Jeppe Kofod tweeted. The Danish armed forces said two Danes, who were in the camp at the time of the attack, are unharmed.

The attack on the sprawling Ain al-Assad base in Iraq’s western desert comes after several weeks of escalating US-Iran tensions on Iraqi soil and just two days before Pope Francis’s historic visit.

The March 5-8 visit comes despite deteriorating security in some parts of the country, which has recently seen a suicide bombing in Baghdad, the first big attack in three years. 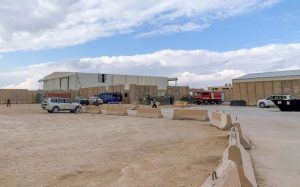 On February 16, a rocket attack on US-led forces in northern Iraq killed a civilian contractor and injured a US service member.

Coalition spokesman Colonel Marotto said the Iraqi security forces were leading an investigation into the attack on the base.

US troops in Iraq significantly decreased their presence in the country last year under former President Donald Trump’s administration.

The forces withdrew from several Iraqi based across the country to consolidate chiefly in Ain al-Asad and Baghdad. 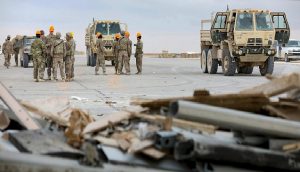 Frequent rocket attacks targeting the heavily fortified Green Zone, which houses the US Embassy, during Trump’s time in office frustrated the administration, leading to threats of embassy closure and escalatory strikes.

Washington has blamed the attacks on Iranian-backed militias and has asked Iraqi Prime Minister Mustafa al-Kadhimi to hold to account those behind flurry of rocket attacks, including the deadly attack on the US military base at Erbil International Airport in the Kurdish-run region.