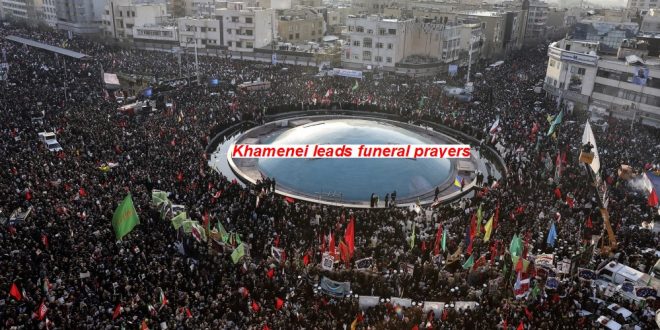 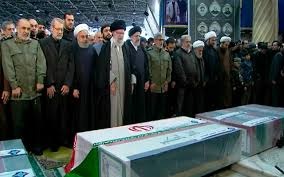 TEHRAN: Funeral processions to honour Qassem Soleimani, a top Iranian military commander who was assassinated last week in an air raid by the United States in Baghdad, are underway in Iran.

The move by the US has drawn condemnation from leaders and officials who fear that tensions in the region could escalate drastically. 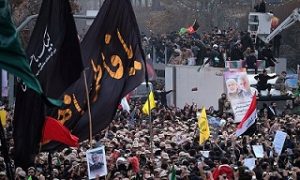 Hundreds of thousands of people turned out in the capital to pay their final respects to Soleimani, as the multi-city ceremony for the slain commander continued in Iran.

Iran’s Supreme Leader Ayatollah Ali Khamenei led prayers at the Tehran funeral, weeping at one point during the traditional Muslim prayers for the dead.

A sea of men, wearing all-black outfits, and women in black chadors, 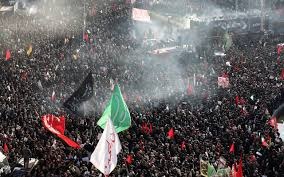 waited for the arrival of Soleimani’s remains, as loudspeakers blared mourning hymns throughout central Tehran.

A traffic jam formed in the intersections leading to the unfinished grand mosque, named after Khomeini, where the current Supreme Leader Ayatollah Ali Khamenei led the prayers for Soleimani.

Soleimani’s remains will be brought to his hometown of Kerman Tuesday for final rites before his burial.