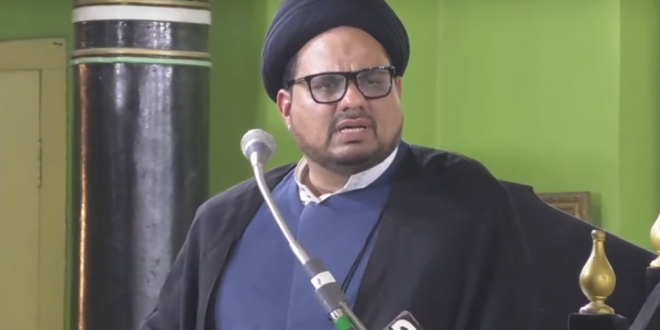 HYDERABAD DECCAN: Allah says in Holy Quran “the Lord has decreed that you not worship except Him, and to parents, good treatment. Whether one or both of them reach old age (while) with you, say not to them (so much as), ‘uff’, and do not repel them but speak to them a noble word.

The Holy Prophet of Islam Hazrat Muhammad-e-Mustafa (Peace Be Upon Him/ PBUH) said: “you and your wealth are your parents’.” Islam recommends a Muslim not to take any important decision in his life such as travel, marriage or business without consulting them and getting their agreement, their agreement is essential for such deeds to be right and successful.

Islam imposes different duties upon children towards fathers and mothers, such as
respecting them, they shouldn’t utter a word that can get them angry, nor oppress them nor do anything that gets them sad, “Don’t say to them a word of contempt”, Islam prohibits talking loudly of any insult, curse, scold, rebuke, admonishment or blame in front of them, “nor repel them” Surat Al-Israa, Islam puts the basis to deal with them by good words and honorable phrases, “but address them in terms of honor”, Islam urges sons to spend their money for parents, to obey their orders and to fulfill their wishes without any grumble or complaint.

This was the analysis of world renowned religious priest Allama Syed Abul Qasim Rizvi of Australia during his speech to the Majlis-e-Chehlum (public gathering) held at Aza-Khana-e-Zehra situated at Hyderabad Deccan’s historical Dar-ul-Shifa under the title of Seleh-Aulaad (Rright-minded Descendants) in commemoration to late Syed Hyder Hussain Baqri son of late Syed Abbas Hussain Baqri (Jagirdar) where he was especially invited by Syed Ali Hyder and his other family members yesterday.

Allama Abu Qasim said the Holy Prophet of Islam Hazrat Muhammad-e-Mustafa (PBUH) said to His brother and son-in-law Hazrat Imam Ali (Alaihis-Salam/AS), O’ `Ali, there are as many rights of children incumbent upon parents as there are rights of parents incumbent upon children and these rights and duties are inter-related although, as mentioned above, natural parental love was a sufficient surety for the upkeep, welfare and upbringing of the child, Islam prepared some wonderful guidelines for the parents.
There are many important turning points in human life – right from birth to adulthood – in which a wrong step may prove fatal for happiness and success – both of this world and of the life hereafter.

A large number of people from different walk of life participated in Majlis from abroad and other places of India and paid their homage to the demise of Syed Hyder Hussain Baqri and his family members. (PMI)

Post Views: 9
2019-06-23
admin
Previous Secret plan for new port in Australia to accommodate US Marines
Next Where is your “One Lakh Jobs Promise” KCR