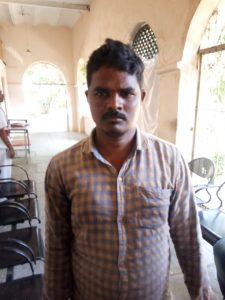 Hyderabad Oct 11 (PMI): Today the accused Siddigari Narasimha, age- 30 years was convicted with punishment of Life Imprisonment and fined Rs. 10,000/- in Cr. No 89/2018 U/s 302 IPC of Kadthal PS under the supervision of DCP Shamshabad and Court Monitoring Cell of Cyberabad Commissionerate.

According to press Note of Cyberabad CP office that   on 14.06.2018 at 1900 hrs the complainant Mangu Naveen Kumar VRO, Kadthal came to PS and lodged a complaint stating that one Oggu Yadaiah S/o Maisaiah R/o Kadthal called over his mobile and informed that in the house of Siddiigari Narsimha his mother Siddigari Sukkamma and daughter age 4 years were found dead with bleeding injuries in their house at SC Colony, Kadthal. On investigation it is found that Siddigari Narsimha is an old offender, earlier he went to jail in Dowry Murder of his wife in year 2015 and was released on bail. He is addicted to alcohol and bad vices. He used to beat his mother and forcibly take away the amount earned by her and spent the amount to have the liquor and to meet bad habit. On 14.06.2018 at 4.00 pm he entered into quarrel with his mother Sukkamma and demanded to give money, she refused to do so, then he took out pestle and bludgeoned on her head with it, meanwhile his daughter intervened he also beat his daughter in similar fashion and killed both of them. He was arrested on 18-06-2018 and remanded.