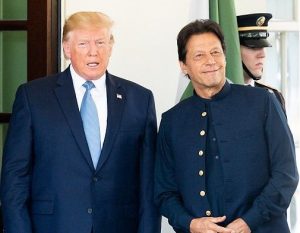 WASHINGTON/ NEW DELHI/ ISLAMABAD: It is up to India and Pakistan to resolve the Kashmir dispute, US President Donald Trump said Thursday, adding that he was ready to assist if the two South Asian neighbours wanted his help in resolving the decades-old issue.

Trump was referring to his last week’s meeting with Pakistan Prime Minister Imran Khan at the Oval Office, wherein he offered to help resolve the Kashmir issue. His offer was strongly rejected by India, while Pakistan has welcomed his statement. 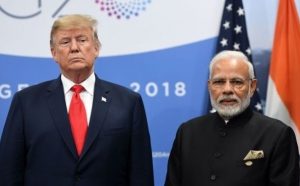 “Have they accepted the offer or not?”, Trump sought a clarification when asked about India’s rejection of his mediation offer.

“I think they are fantastic people Khan and Modi — I mean. I would imagine they could get along very well, but if they wanted somebody to intervene, to help them and I spoke with Pakistan about that and I spoke frankly in (sic) India about it,” Trump said.

When asked how would he “want to resolve the Kashmir issue”, Trump said, “If I can, if they wanted me to, I would certainly intervene.”

Last week, in his joint media appearance with Pakistan Prime Minister Imran Khan in his Oval Office, Trump stunned India by saying that Prime Minister Modi sought his mediation/arbitration on the Kashmir issue. 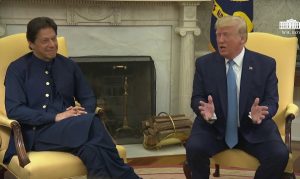 Trump said the Indian Prime Minister asked for this during their bilateral meeting in Japan in June on the sideline of the G-20 Summit.

India quickly denied it and said the Kashmir issue was never discussed between Modi and Trump.

Indian External Affairs Minister S Jaishankar refuted that Modi ever made that request.

“We heard remarks by President Donald Trump in a meeting with Prime Minister Imran Khan of Pakistan, to the press that he is ready to mediate, if requested by India and Pakistan, on Kashmir issue,” he said in a statement in Parliament. 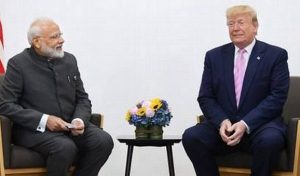 India’s foreign minister said he told Secretary of State Mike Pompeo that any discussion of the disputed Himalayan region would be between India and Pakistan only. The two men met on Friday on the sidelines of an Asian security forum in Bangkok. India has long refused outside attempts to resolve the conflict while Pakistan has sought international help. 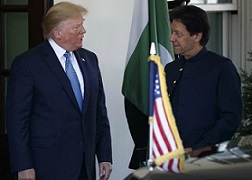 “Have conveyed to American counterpart Sec Pompeo this morning in clear terms that any discussion on Kashmir, if at all warranted, will only be with Pakistan and only bilaterally,” Minister for External Affairs S. Jaishankar said in a tweet. He said he and Pompeo had wide-ranging discussions on regional issues.

In a brief statement about the meeting, the State Department did not mention Kashmir or the mediation offer. It said Pompeo and Jaishankar “discussed our shared commitment to upholding the rule of law, freedom of navigation, and democratic values in the Indo-Pacific region.”

Trump said last month that Indian Prime Minister Narendra Modi had recently asked him whether he would like to be a mediator or arbitrator on Kashmir, which has been the cause of two wars between India and Pakistan, something New Delhi has denied. Trump reiterated his offer to intervene on Thursday, telling reporters he is willing to mediate but a decision would be up to Modi and Pakistani Prime Minister Imran Khan.

“If I can, if they wanted me to, I would certainly intervene,” Trump said. 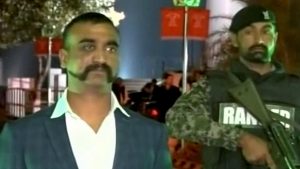 India and Pakistan have fought two wars over Kashmir, the Himalayan territory they both claim and which is divided between them. India accuses Pakistan of arming and training insurgents who have been fighting since 1989 for Kashmir’s independence from India or its merger with Pakistan. Islamabad denies the charge. About 70,000 people have been killed in the uprising and the ensuing Indian crackdown.