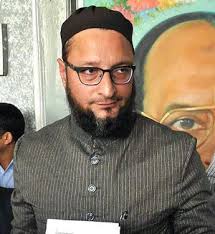 Hyderabad, Feb.1 (PMI): AIMIM president and Hyderabad MP Asaduddin Owaisi today said Prime Minister Narendra Modi lacks vision and has no original ideas and had to copy and paste Rythu Bandhu scheme of the Telangana Government for the farmers in the country.

In a twitter today, Asaduddin Owaisi said the nation needs leaders like K Chandrashekar Rao, a man of political sagacity and foresightedness. “Imitation of his welfare schemes by other States and even the Union government shows that KCR has more political sagacity and farsightedness in addressing agrarian distress, which the country was facing. Prime Minister of India who can only copy and paste the schemes of others has no original ideas or vision”, he said. Owaisi also said it is time for leaders like KCR to take the nation forward. (PMI)