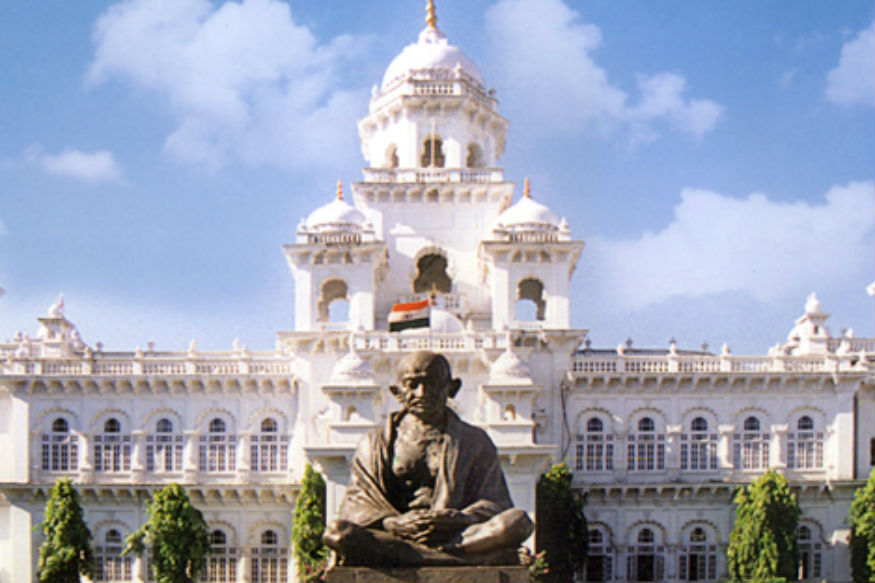 Ministry Formation Likely to be Delayed Further, as ‘Operation Aakarsh’ is On

Hyderabad, Dec.23 (PMI): The much-awaited Ministry formation in the Telangana State, expected to take place during this week, at least the first phase of it, is likely to be further delayed, as Chief Minister K Chandrashekhar Rao will be busy with the process of forging an alliance of regional parties at National level, as an alternative to the Congress and the BJP for four to five days.
The main reason behind the Chief Minister opting to put off the State Cabinet for some more days, however,  appears to be his  ‘Operation Aakarsh’ program – bringing in  a sizable number of MLAs-elect of the Opposition Congress and the TDP  to  the fold of TRS, to further strengthen the party and to see that these two parties are eclipsed in both the Houses of the Legislature. It may be mentioned here that the process of merger of Congress legislature party in the  Council with the ruling TRS,  was already initiated, with four  Congress members giving a letter to the Chairman  to this effect, and the latter  acting accordingly.
In the State Assembly also, efforts are on to woo the two TDP members-elect to the TRS fold and this is expected to be completed after KCR returned from his tour.  Sources say the efforts are also underway to bring about a split in the Congress members of the Assembly and persuading them to join the TRS, in a manner not to attract the Anti-Defection Law. The Chief Minister wants to give enough time for the TRS leaders to bring in a number of Congress Members to its fold, and that was why he has sidelined the issue of Ministry formation for the time-being.  KCR is credited to be thinking of completing the process of attracting Members from the two parties, and then concentrate on Ministry formation, so that he could accommodate some of them in the Cabinet, depending on the assurances being given to them to join the ruling party.
The Chief Minister will be returning from his first leg of visits to      other States and National capital by December 27 or 28.  By then, he will have a clear picture of  the new entrants to the party and the promises made to them. Then, he might be bestowing his attention on Ministry formation, though in phases. It may be recalled that KCR was sworn-in as Chief Minister on December 13, and since then there was much speculation over the ministry formation, the number of Ministers to be taken, and the possibility of Cabinet making in phases.
There are many aspirants and tension is mounting among them with each passing day. Some of the TRS members are of the view that if those lured from the TDP and Congress are given posts, then their chances would lessen. Sources say that the Chief Minister might induct seven or eight Ministers in the first phase and complete the process of full Ministry formation later, probably only after the Lok Sabha polls.  KCR has to finalize the selection of Speaker, Deputy Speaker and Chief Whip also, along with the Ministers in the first phase.  Sources also say that KCR is considering the possibility of appointing some Parliamentary Secretaries also, to accommodate more Members. He is also likely to finalize the names of  elected Members and other leaders of the party for appointment as Chairpersons of some of  the  Government Boards and Corporations. (PMI)