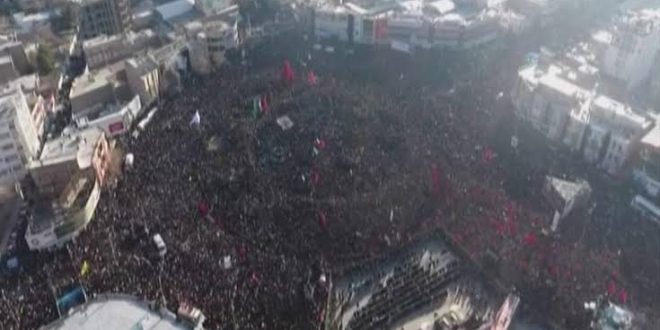 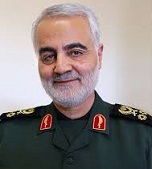 TEHRAN/ BAGHDAD/ NEW YORK/ MELBOURNE: Huge numbers of black-clad mourners have turned out to pay their final respects to Iranian military commander Qasem Soleimani ahead of his burial.

Soleimani was assassinated in a US drone strike in Iraq on Friday, on the orders of President Donald Trump.

Iran, where he is being buried on Tuesday morning.

Large crowds already turned out for a funeral procession in Tehran.

Iran has vowed “severe revenge” for the death of Soleimani and on Sunday pulled back from the 2015 nuclear accord.

Soleimani, 62, headed Iran’s elite Quds Force, and was tasked with protecting and boosting Iran’s influence in the Middle East.

In his homeland, Soleimani was hailed as a national hero and widely considered the second most powerful man in the country behind Supreme Leader Khamenei but not all Iranians saw him in the same positive light. 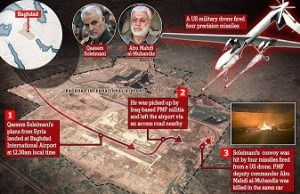 He was a hardliner and a dominant force in a regime that shot dead scores of protesters at the end of 2019. He also spent vast sums building up alliances and militias in Lebanon, Yemen, Iraq and Syria at a time when US sanctions are impoverishing many Iranians, BBC Middle East editor Jeremy Bowen says.

The US saw him as a terrorist, and President Trump said Soleimani was plotting “imminent” attacks on US diplomats and military personnel. 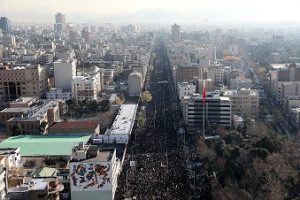 State television showed huge crowds in Tehran for Monday’s event. It said “millions” had shown up, although this figure is yet to be verified.

Mourners passed Soleimani’s coffin over their heads and “death to America” chants were heard.

Soleimani’s remains were then taken to Qom, one of the centres of Shia Islam, where massive crowds also gathered for a ceremony, before the transfer to Kerman.

On Sunday Iran declared it would no longer abide by any of the restrictions imposed by the 2015 nuclear deal. The deal limited Iranian nuclear capacities in exchange for the lifting of economic sanctions. 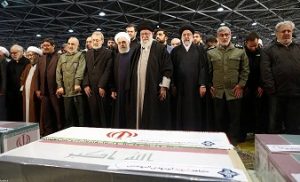 Three European parties to the deal – Germany, France and the UK – urged Iran to stick to its terms.

Following warnings from Iran, Trump said that the US would respond in the event of retaliation for Soleimani’s death, “perhaps in a disproportionate manner”.

He repeated a threat to target Iranian cultural sites, saying the US would “strike very fast and very hard” if Tehran attacked Americans or US assets.

The US has denied Iran’s foreign minister a visa to visit the UN in New York later this week.

Javad Zarif had been expected to speak to the Security Council about the assassination. Denying Zarif a visa would appear to breach an agreement reached in 1947 to guarantee foreign officials access to the UN’s headquarters in New York.

Post Views: 7
2020-01-07
admin
Previous Pakistan will not be party to US-Iran conflict: FM Qureshi
Next Dozens killed in stampede at Soleimani’s funeral