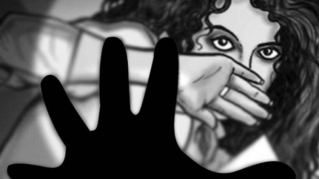 A 14-year-old “mentally unstable” girl was allegedly raped by three people in Bhadradri Kothagudem district of Telangana and two of them were arrested Tuesday, police said.

The three accused in their mid-20s allegedly kidnapped the victim from Manuguru town and took her to an isolated place on a bike and sexually assaulted her late Monday evening, the police said. Her parents searched for her and some passersby told them that she was seen taken on a bike. Later, the parents found the girl near the roadside bushes and lodged a complaint with police.

During investigation, police nabbed two of the accused during a vehicle-check,a police official said adding the girl was shifted to a hospital and they registered a case under relevant sections of IPC and POCSO Act. Search is on for the absconding accused.