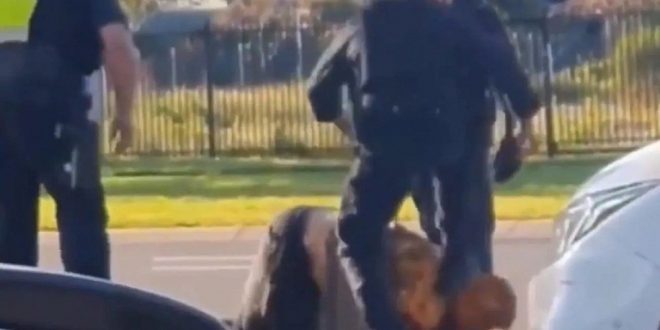 Melbourne man in coma after being kicked by police 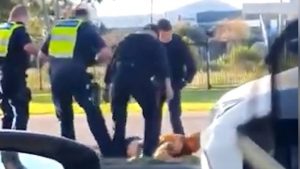 MELBOURNE: A man is in an induced coma after he was allegedly struck by a police vehicle and kicked in the head by an officer during his arrest in Melbourne’s north yesterday.

Video shows a group of six police officers pinning the man to the ground in Epping about 4.10pm, with one officer allegedly stomping on his face.

The father-of-three, 32, was waiting for a mental health bed at the Northern Hospital but decided to leave after waiting more than a day in emergency.

Hospital staff then called police to bring him back, where the violent arrest unfolded outside on suburban Cooper Street.

The man’s father Glen told 9News and 3AW’s Neil Mitchell he was devastated by the incident, as his son suffered from bi-polar disorder.

“Could’ve killed him,” he said. 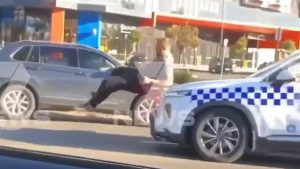 The man’s family is not allowed to see him, and it will take days for doctors to determine whether he has sustained any permanent brain damage.

Glen said his son, who runs a successful business and just finished building his dream home, had not suffered from a mental health episode in nine years.

He called for the police officer to be stood down over the alleged act of violence.

“The police had no right to do what they did,” he said.

An investigation is underway into the man’s arrest by the Professional Standards Command.

Witness George claimed the man was tackled to the ground by police and kicked “repeatedly”.

“They’ve kicked him in the head repeatedly whilst they also had five police officers who already tackled him to the ground,” he told 9News. 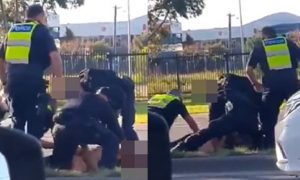 Other eyewitnesses filmed the incident in a nearby car, while watching the arrest unfold in horror as sirens blared.

“Am I witnessing this? What the f—,” one witness can be heard saying.

“Are you f—ing kidding me,” another person yells from inside the car.

A witness yelled “you’ve got his head” as officers pinned the man down on the traffic island.

He was later taken to hospital.

“During the highly dynamic incident a police officer was assaulted and OC spray was deployed before the man was arrested and subsequently taken to hospital for assessment,” a Victoria Police spokesperson said.

“Upon arrival the male allegedly became aggressive and damaged a police vehicle while attempting to avoid arrest.”