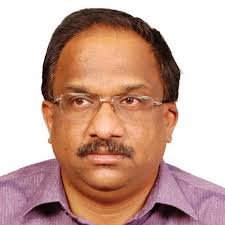 Media has to regain its credibility: Prof. Nageshwar

In his address, Prof. Nageshwar dwelt on the role of the media in society. Citing many examples, Prof. Nageshwar observed that “We are not in a position to believe what was reported in the media, as there was growing nexus between business people, politicians and media houses. He also lamented the loss of credibility of the media. He remarked that the media was neglecting its adversarial role to the powers that be. In a democracy, instead of facilitating free and fair elections, media is dividing and polarising the public. There is space even in the private media to report news in the interest of the public. Youtube was providing a great opportunity for everyone to create a channel for oneself. He cited his own youtube channel, which garnered two million views in a year, as an example.

In his keynote address, Paranjoy Guha Thakurta, renowned Journalist, Political Commentator, Author and Documentary Film Maker, said the advent of Internet in the past three decades changed the contours of human society irrevocably. “Mass communication is now combined with personalized communication. This phenomenon is a double-edged sword. In excess of its benefits, there is a dark and ugly side to it. The mainstream media which used to be transformative in its spirit was now forced to change its business model due to a deceleration of advertisements as a result of wide use of Internet by about 60% of global population”.

“When the governments become the biggest advertisers, media houses become their lapdogs and ignore their own duty to show truth to power.  He also observed that six giant MNCs like Facebook, Amazon, Apple, Alphabet, Alibaba, Netflix (FAAAAN) decide what you hear, read and watch. He advised the younger generation to learn to negotiate the changing dimension of media and recognise misinformation for what it is.