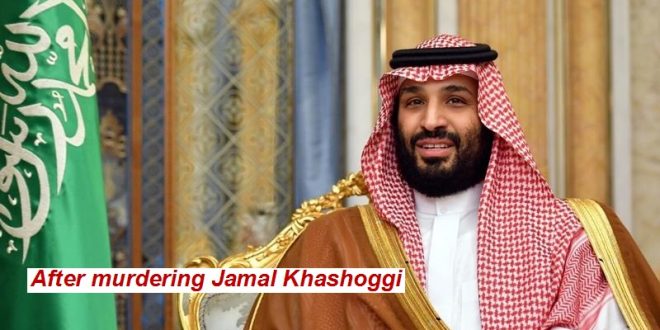 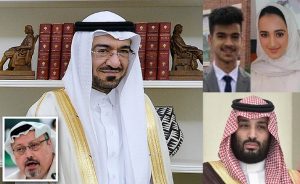 In a 106-page lawsuit filed with the US District Court in Washington, DC on Thursday, Saad al-Jabri, a permanent resident of Canada, alleged that Prince Mohammed dispatched a group of hit-men, known as the Tiger Squad, to assassinate him.

He claims that his close ties with the US intelligence community and deep knowledge of the young prince’s activities have rendered him one of the aspiring monarch’s key targets.

“Few places hold more sensitive, humiliating and damning information about Defendant bin-Salman than the mind and memory of Dr Saad – except perhaps the recordings Dr Saad made in anticipation of his killing,” reads the lawsuit.

Members of what the documents call bin Salman’s “personal mercenary group, the Tiger Squad” arrived at Toronto Pearson Airport on tourist visas in mid-October 2018, roughly two weeks after Khashoggi’s killing at the Saudi consulate in Istanbul. 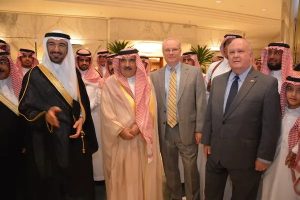 “Carrying two bags of forensic tools, and complete with forensic personnel experienced with the clean-up of crime scenes – including an instructor in the exact same criminal evidence department as the forensic specialist who dismembered Khashoggi with a bone saw – the Tiger Squad Defendants attempted to enter Canada covertly, traveling on tourist visas and seeking to avert the detection of Canadian border security by entering through separate kiosks,” the lawsuit alleges.

Several intelligence agencies, including the CIA, have concluded that MBS ordered Khashoggi’s killing – accusations that Riyadh has denied.

According to the lawsuit, al-Jabri’s targeting is part and parcel of MBS’s campaign to stifle dissent.

The lawsuit further alleges that Bader Alasaker, the head of his private office and executive director of the Prince Mohammed Bin Salman bin Abdulaziz Foundation (also known as the MiSK Foundation), cultivated a network of “covert agents whom he has deployed to target individuals who undermine Defendant bin Salman in the United States”. 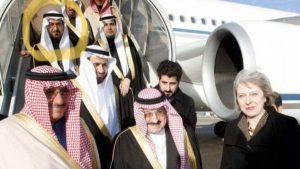 MiSK is Prince Mohammed’s charitable organisation that aims to develop Saudi youth to contribute to the country’s future economy through education, creative and digital media technology, culture and arts initiatives.

MiSK is known for sending Saudi students to prestigious universities in the US through fellowships.

Regarding covert operations, the lawsuit alleges that an unidentified defendant, John Doe 1, “conducted physical surveillance of a family apartment of Dr. Saad at the Mandarin Oriental in Boston, Massachusetts n or around September 2017, and attempted to access Dr. Saad’s residence there”, as part of the plot.

The lawsuit says the plan to kill al-Jabri, a dual citizen of Saudi Arabia and Malta, was thwarted after members of the Tiger Squad group, despite attempting to enter Canada through different kiosks, failed to convince agents with the Canadian Border Agency that they did not know each other.

The suit asserts that MBS had ordered the detention of two of al-Jabri’s children who have gone missing in mid-March and that other relatives have also been arrested and tortured “all in an effort to bait Dr Saad back to Saudi Arabia to be killed”.