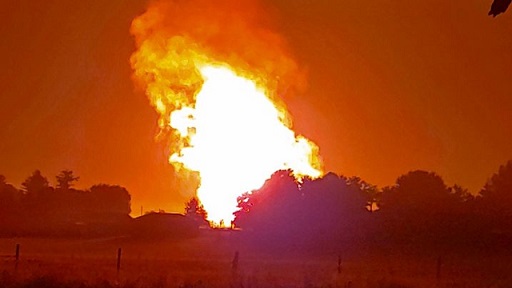 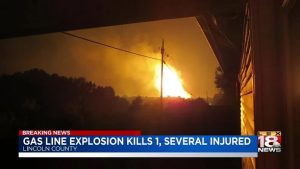 KENTUCKY: One person is dead and at least five were injured in central Kentucky after a gas line ruptured and produced a fireball that could be seen around the region early Thursday.

One person was killed, at least three were transported to hospitals with injuries, and at least six mobile homes caught fire, Gilliam said.

“We still have an active scene,” Gilliam said, but added that the fire at the breach site was out.

He said when he arrived, flames were around 300 feet in the air. The emergency management agency told residents to steer clear from the Hustonville area. 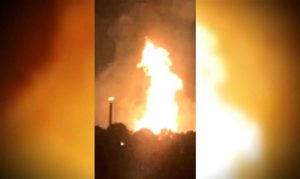 Emergency officials said the cause of the explosion is under investigation, NBC affiliate WLEX of Lexington reported. The blast caused six structures to catch fire, officials said. It also damaged train tracks that run through the area, officials said, and Norfolk Southern had dozens of railcars backed up awaiting a workaround or fix.

Video posted to social media showed what appeared to be a large fireball and flames. Witnesses told WLEXthat they heard a loud sound and saw a ball of fire.

“It felt like an atomic bomb went off,” Jerry Sinkhorn told the station.

Sue Routin told WLEX that she was woken up by “a big roar and fire going all the way up in the sky as far as you could see.”

She said her windows shook and the ground seemed to move, which prompted her to get in her vehicle and leave. 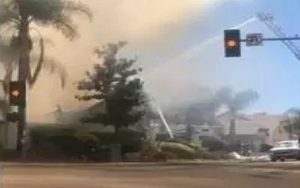 About 75 people were evacuated from the mobile home park, officials said. Gilliam said the situation does not involve a hazardous material.

He said that when the gas line erupted it caught fire but “that burned off,” and the biggest problem initially was heat and smoke.

Lincoln County is south of Lexington.

Officials urged people to stay away and said that even though the gas line was shut, there were other fires from the incident early Thursday.

“It was impressive, it’s tragic, we hope it doesn’t get worse,” Gilliam said. (Int’l News Desk)