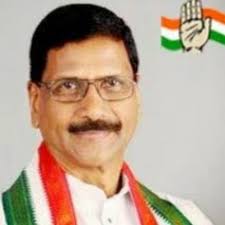 Hyderabad, : Senior Congress leader Marri Shashidhar Reddy on Tuesday refuted news reports that he was joining the BJP. He said he would never join the saffron party, which inherited the legacy of killer of Mahatma Gandhi, Nathuram Godse.
Speaking to mediapersons here today, Marri said he was a staunch Gandhian and would remain in the party till his last breath. He also said he inherited the legacy of secularism from the Congress and his late father and former chief minister Marri Channa Reddy, whose 100th birth anniversary would be celebrated this year.

Marri alleged that the BJP leaders were deliberately spreading false news that he, along with three other Congress leaders were planning to join the BJP. He also alleged that the media ran a false story about his entry into the saffron party when a Congress leader from Medak district P. Shashidhar Reddy joined the BJP a couple of days back. He made it clear that it would be impossible for a Gandhian like him to join the BJP.