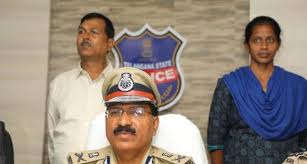 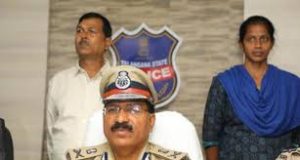 Speaking to media persons later, DGP said Jampanna’s surrender to the police has dealt a huge blow to the Maoist Party as he had killed several police personnel in the encounters. He said the senior Maoist worked in the dreaded extremist organization for 33 years and held four key posts in the Maoist party. The DGP said Jilugu Narsimha Reddy joined the RSU (Revolutionary Students Union while he was studying in Industrial Training Institute, Mallepally, Hyderabad in 1984 and later joined People’s War Group dalam along with Puli Anjaiah.

The DGP said Jampanna joined the Maoist Party North Telangana in 1991 and promoted as secretary in 1992. He held key positions till 1995. Later, Jampanna joined Maoist Central Committee and was involved in over 100 criminal cases, including organizing raids on police stations and flee with weapons after gunning down several police personnel, the DGP said.

Mahendar Reddy said Jampanna, finding the Maoist party was not changing its violent ideology in conformity with the changing times, decided to quit extremist organization and join the mainstream of the society and lead a normal life. The DGP said Rajitha of Warangal, a post-graduate, joined the Maoist party in 2004 and got married with Jampanna in 2012.

When produced before media personnel, Jampanna said his decision was not influenced by any pressure but he decided to join the mainstream only because of ideological differences with the party. “The Maoist Party’s ideological thinking during 1980s and later was correct in terms of fighting against feudal landlords and bourgeois forces. But today, there was no feudal class as such. So many social changes are taking place in the country for the past 20 years and the party needs to take them into consideration and change its line of thinking accordingly,” Jampanna said.

The DGP said a reward of Rs 25 lakh on Jampanna’s head and Rs 5 lakh on Rajitha were announced as both were wanted in dozens of cases, including Karakugudem police station bombing in which 17 police personnel were killed. In total, Jampanna had over Rs 1 crore reward on his head while Rajitha had Rs 40 lakh in various States.

Mahender Reddy said the State government would extend all help to those joining the mainstream. The reward amount would be handed over to the surrendered naxals as they are voluntarily coming forward to leave their path of violence. He appealed to the remaining underground extremist leaders to join the mainstream. (