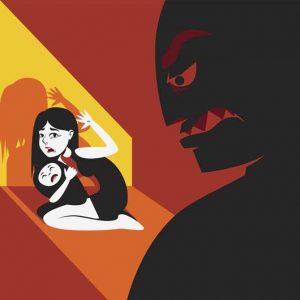 A 24-year-old man was arrested for allegedly having raped his neighbour’s nine-year-old daughterat least three at his residence in Shastrinagar area in Gujarat’s Rajkot in the last fortnight, the police said on Monday. The accused, identified as Kamlesh alias Murli Bharvad, was booked on charges of rape and unnatural sex under the IPC and under the Protection of Children from Sexual Offences (POCSO) Act.

Bharvad allegedly used to lure the girl to his house under the pretext of showing her cartoon shows on television when her parents were away for work, a police officer said.

“The girl’s mother lodged a complaint with Gandhigram (II) police station against Bharvad stating that her daughter was raped on three occasions by the accused. He used to threaten the girl with dire consequences if she disclosed the matter,” Gandhigram police station inspector M D Chandravadiya said quoting the complaint.