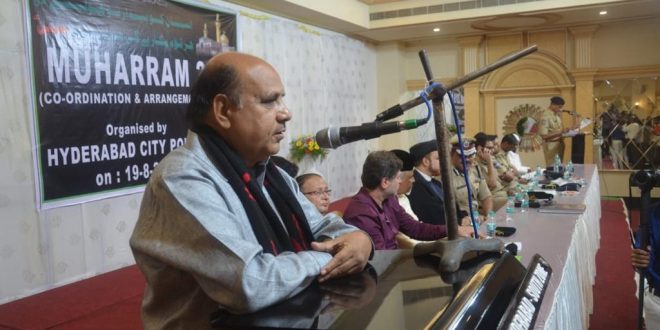 Hyderabad Aug 5 (Newslines): Hyderabad is very popular in the world for its Azadari round the year and particularly during Moharram where all walks of life come together irrespective of cast, creed and religion to pay homage to grandson of Prophet Mohammedsaws and mourn over the tragedy of Karbala where Imam Hussainas sacrificed his life along with his seventy two followers to save Islam from the tyranny of oppressors. 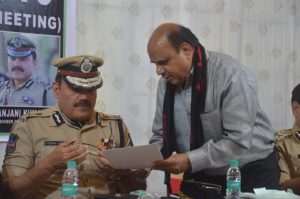 There are numerous arrangements to be done before and during Moharram period for which many people come forward to render their services in all aspects. Syed Najaf Ali Shoukat (Senior Journalist) and President of Markazi Anjuman Matami Grouhan  (MAMG) Hyderabad, T.S. registered has devoted his life for the welfare of Shia Community and render his services during every prosperous occasion of the community. The President of Shia Youth Federation of India S. M. Ali Jaffari, Ameer Ali Razvi(Shahnawaz) Vice-President MAMG and President Guroh-e-Mohibban-e-Hussaina.s, Shabbir Hassan Khan, Media In-charge MAMD and President Naseran-e-Aza, Mujtaba Moosvi, Co-ordinator MAMG and President Anjuman Sada-e-Zehra and many other Momineen heartily welcome Janab Syed Najaf Ali Shoukat (Senior Journalist) and President Markazi Anjuman Matami Gurohaan Hyderabad Deccan TS from Melbourne Australia to render his services towards upcoming Muharram 1442 Hijri correspondence to 2020 AD.

Mr Shoukat is very popular Shia personality as Senior Journalist,  poet and Nauha Khawan in the world who has represented Hyderabad in many countries and was recently invited on 30th July 2020 to participate in an online event on  “YAD-E- KARBALA” program hosted by Mr. Shoeib Zaidi on Hyder TV Canada Channel. He also highlighted the famous lines of poetry about Imam Hussaina.s of views of Hindu Hussaini Brahmin in his poetry (Kalam) “Ahl-e-Hunood ne yeh Musalman se kaha:: Hoga  Yazeed Tumhara Hamara Hussain hai” when some Muslims defend Yazidla atrocities during and after Battle of Karbala. Apart from that he also recited the old famous Nauha “Bula kar sab ko hazrat ne kaha aye karbala waloo” the anchor and other participating person Moulana Mohammed Ali Zaidi (Pakastani) appreciated the speech and views of Syed Najaf Ali Shoukat and also the Nauha he had recited. 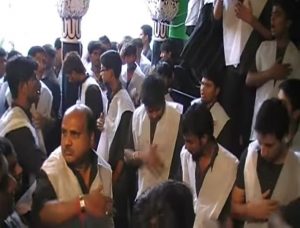 The Momineen Azadar-e-Imam Hussaina.s of Hyderabad knows very well that around 50  years ago Janab Syed Najaf Ali Shoukat took the stand to organize Majilis-e-pursa before the Alam-e-Bibis.s.a is taken out and  perform Matam/Khama Zani inside Alwa Bibis.s.a at the time Bibis.s.a Ka Alam is taken out, while in the past the management kept the Matamdar and Azadar out of Alaw-e-Bibis.s.a  and most of non-Shia Muslim carry out Alam-e-Bibis.s.a simply and no Azadar or Matamdar was allowed to performed Matam. By the grace of Shahzad-e-Fatemat-uz-Zehras.a strong stand of Syed Najaf Ali Shoukat (Senior Journalist), religious poet and founder of Guroh-e-Shaida-e-Shabbira.s for performing Matam and Qama Zani inside Alwa-e-Bibis.s.a is still continuing.A important step taken by Syed Najaf Ali Shoukat around four decades ago to perform Matam and organize Majlis-e-Pursa inside masjid-e-ilahi at Chaderghhat where the Bibis.s.a Alam-e- ubarak procession ends while in the past no Azadar Matamdar was allowed to come at Moosa Nadi Chaderghat to perform Matam infront of BIbis.s.a Alam-e- Mubarak. (Newslines)