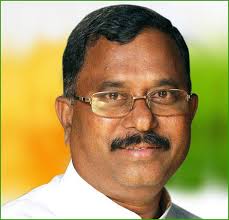 Speaking to the media at Gandhi Bhavan here on Monday, Ravi asked TRS government to tell as to why the farmers would approach Courts if the government paid good compensation to them.  He made it clear that all irrigation projects in Palamuru were started during Congress regime only. He said that the then Congress government completed 90 percent of works of Kalwakurthy project. He said that Nettempadu, Koyalsagar and other projects in Palamuru district would be completed if the TRS government allocated Rs 10,000 crore.

Ravi also alleged that the Irrigation Minister was spreading rumors as TRS government project. The works of Palamuru-Rangareddy were in primary stage, he said and found fault with Harish Rao for stating that the TRS party was working for the sake of farmers whereas Congress party was working against the farmers. He said that the days were nearing to TRS party to throw its dictatorial rule.  The people were vexed with the State and Central governments’ fascist rule in the State and they were looking at the Congress party.

Exuding confidence that the Congress would win the next elections, Mallu Ravi said that the people voted Congress party candidate to win with huge majority in Gurudaspur by-elections in Punjab and Nanded people too voted for Congress party to win municipal elections there.