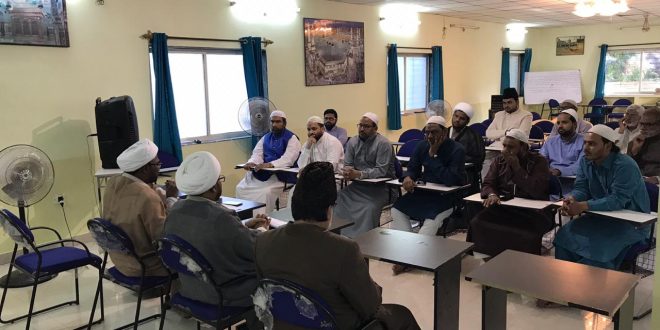 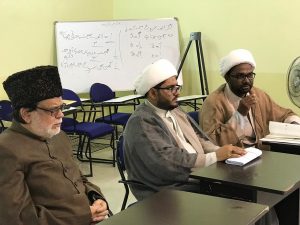 Maulana Farishta informed all members to read the responsibility of the orator (Muballigh) on Mimber which is mentioned in detail in a book “Lulu wo Marjan” written by Maulana Muhaddis-e-Noori a.r and he highlighted the summary of the book and gave twenty references of Sahebe Kibriat Ahmed Shaik Mohammed Baqer.

Maulana Mohammed Abbas Saheb Qibla Quoted some references of the Islamic books in respect of responsibilities of an orator (Mubaligh) to be addressed from Mimber.

Maulana Farishta ended the meeting with a suggestion to the members of the Majma-e-Olama wo Khutaba where he asked all the members to put up sabil during mourning days and perform Majalis-e-Aza in it and address quires of mourners (Azadar).  (Press Media of India)