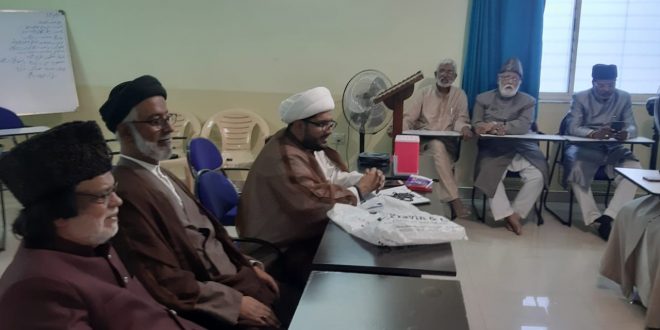 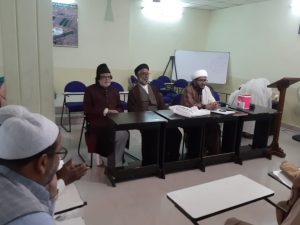 Hyderabad November 19 (PMI): Majma-e-Olama Wo  Khutaba committee was formed two years back and a temporary committee was working since its formation under the founder Moulana  Ali Hyder Farishta Qibla.

According to Moulana Farishta during the last two years the temporary committee has done three good works. Firstly adding more members to the committee, secondly committee was registered according to law and thirdly bylaws was formed by all the members unanimously.

In the history of Hyderabad many committees were formed earlier and its bylaws seems to be as per some constitutions and its value was nothing more than a script. The presidents of such committees were self-elected and they have no bylaws nor committee members were elected, only rule and power system was there, said Moulana Farishta. 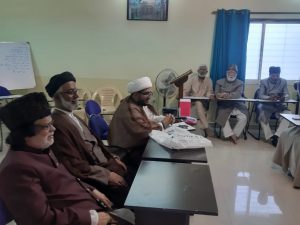 After completing  the legally aspects the committee body members called a meeting to declare  elections and held election  for the post of President, Vice President, Secretary, Joint Secretary and Treasurer on 17th November 2019.

Nearly thirty five Olama  Khutaba  gathering have given their written opined and elected Moulana Ali Hyder Farishta as President while Moulana Mir Baqar  (Zainabi) as vice  President, Moulana Shajeeh Mukhtar and Moulana Syed Iftekhar Ali Zaidi were elected unanimously  for the post of Secretary and Joint Secretary respectively as there were no candidate to contest against them and Moulana Hussain Ali Baig elected as Treasurer by thumbing majority. 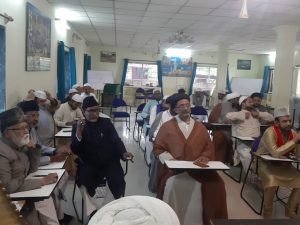