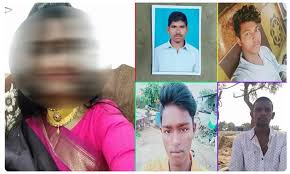 Hyderabad Dec 3  (PMI): The President Moulana Ali Hyder Farishta and members of the Majma-e-Olama wo Khutaba Hyderabad Deccan  condemned the murder of Dr. Priyanka Reddy and said there is no religion or sect of the criminals or terrorists even if they  belongs to any nation or group of the  society. Protesting against such cruel person(s) is the symbol of humanity and also is one of the fundamental rights in Islamic laws.

The murder of Dr Priyanka Reddy took place by the in-human persons of the society. He also quoted a sermon (Qurani Ayet) وَ سَيَعْلَمُ الَّذِينَ ظَلَمُوا أَيَّ مُنْقَلَبٍ يَنْقَلِبُونَ in which Allahjjh says (And those who have wronged are going to know to what [kind of] return they will be returned). The President and members of the committee have expressed their condolences with victim’s family members and appeal with the State Government to give strong punished to the criminals at earliest so that no other person shall have courage to commit such crimes.  (Press Media of India).