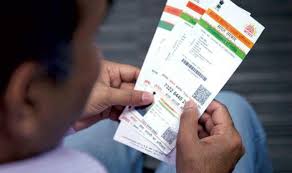 NewDelhi;Lok Sabha today passed Aadhaar and Other Laws (Amendment) Bill, 2019 by voice vote. The Bill seeks to amend Aadhaar (Targeted Delivery of Financial and Other Subsidies, Benefits and Services) Act 2016 and to further amend the Indian Telegraph Act 1885 and the Prevention of Money Laundering Act 2002.

The Bill also proposes giving a child an option to exit from the biometric ID programme on attaining 18 years of age.

This Bill will make the use of Aadhaar for opening bank accounts and procuring mobile phone connections voluntary. Replying to a debate on the bill, Minister of Law and Justice said more than one hundred 23 crore people of the country have been enrolled in Aadhar and around 70 crore mobile phones are connected to Aadhaar number. He said around 2 crore 50 lakh Aadhar authentications are done daily in the country.

Mr. Ravi Shankar Prasad told the House that Aadhaar is in national interest and it does not violate privacy of any Individual. He reassured the House that there is no mandatory compliance to have Aadhar card to avail the benefits of government schemes.

He also informed the House that Aadhar is getting appreciation globally and many countries are showing interest to follow the India’s digital identification scheme.  Mr. Prasad said, the low cost technologies can advance the country and Aadhaar is one such technology developed by our scientists and IT professional.