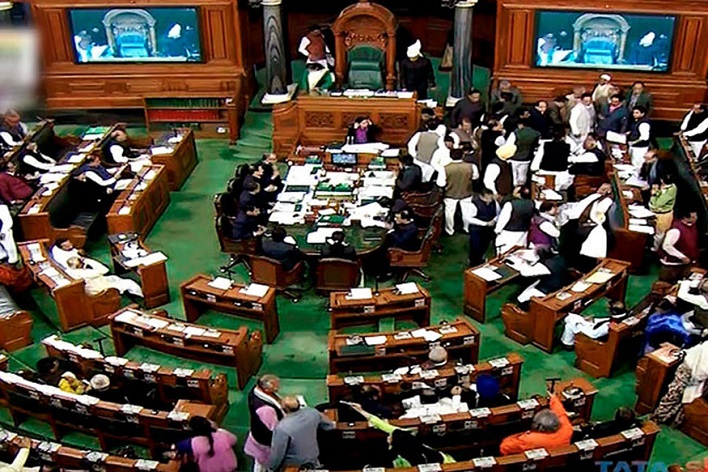 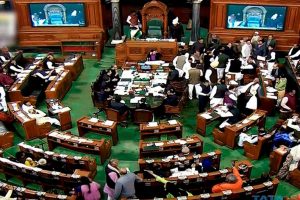 The Lok Sabha has taken up discussion on the no confidence motion moved by Telugu Desam Party against the government.
Initiating the discussion, Jayadev Galla charged the present NDA regime with making empty promises to Andhra Pradesh from the time of its bifurcation in 2014.
He said, both the Congress and the BJP crippled Andhra Pradesh, which is languishing in many parameters due to division. He reiterated his party’s demand for a Special Category Status saying it is the need of the hour for the state. There was a heated argument between TDP and TRS members on the bifurcation issue.
Participating in the debate, Congress president Rahul Gandhi accused the NDA government for giving only lofty promises to people. He said Prime minister promised to provide two crore jobs to youths instead only 4 lakh youth have been given employment.
He also alleged that farmers, dalits, women and youths have been the victim of the Government’s empty promises.
Mr Gandhi also questioned the Government for not revealing the details related to purchase of Rafael aircrafts.
As ruling members objected to some of the remarks of Mr Gandhi and created noisy scenes, the Speaker Sumitra Mahajan adjourned the House for ten minutes.
Earlier, BJP MP Rakesh Singh took on the Congress saying that the party gave multiple scams which tarnished the image of the country across the globe. He said, many generations awaited progress to reach their doors but poverty was never eradicated in the Congress rule.
Mr Singh said, in the last 48 months with landmark initiatives, BJP have managed to bring a smile on the faces of people. He said, the aim of the party is to strengthen democracy. He added that under the leadership of Prime Minister Narendra Modi, BJP has given the nation a clean government.
He alleged that this no confidence motion has been brought as the Congress party wants only one family rule in India and not able to see others serving the nation. Ahead of the discussion Biju Janta Dal members walked out of the house.
Party MP Bhartruhari Mahtab alleged that neither the previous Congress rule nor the BJP led Government has done justice to people of Odisha.
Meanwhile, Shiv Sena has decide to remain absent during Vote of No Confidence
Post Views: 59
2018-07-20
admin
Previous Adilabad Man Stabbed To Death In Broad Daylight Over Extra-Marital Affair
Next BJP demands panchayat polls immediately