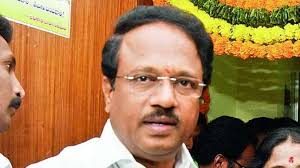 He launched the 108 vehicles at Nizam College grounds along with Deputy Chief Minister Mahamood Ali, Home Minister Nayani Narsimha Reddy, Bandaru Dattatreya and others. Speaking on the occasion he said that the TRS Government has strengthened the hospitals with latest equipment, apparatus and medicines and dedicated doctors and staff. Chief Minister K Chandrasekhar Rao has offered adequate funds for several health schemes being enjoyed by the people.

“We have started emergency 108, Amma Vadi, Vehicles to shift dead bodies to their homes, wings, 108 type of bikes to provide assorted services in the health sector”, he said. Having launched unique KCR Kits that saw significant rise in institutional deliveries, Lakshma Reddy said 102 vehicles of Amma Vadi are working in good condition and used for pregnant and women on delivery besides expanding mobile health services. He also said that the government pressed in 50 vehicles shift dead bodies to the homes. As ambulances can not make it to narrow lanes and bylanes, we launched two-wheelers of 108 type he said adding that the state has achieved AIIMS from the Centre.

Nayini Narsimha Reddy said the Health department has significantly improved its services in recent times. Soon the government will launch eye tests and conduct operations and give goggle sets to the patients he said. Health services are being offered in Telangana on par with international standards the home minister claimed. Health profiles are being prepared to ensure that the services can be offered to the people from anywhere.

Mahamood Ali said that KCR gave Rs 18 cr to MNJ Hospital to get latest equipment for offering improved health services. In addition to modern facilities adequate number of dialysis and ICU centers and also basti clinics are proving handy and people will benefit. Ali also mentioned that Governor ESL Narasimhan had taken health tests at Gandhi hospital and appreciated the facilities and services.

Dattatraya said the Centre gave AIIMS to Telangana and was extending cooperation to the State to improve health facilities. Emergency services will improve with new vehicles and equipment he said.

Post Views: 75
2018-05-08
admin
Previous KCR to meet with employee unions on May 14
Next AP, Telangana Chief Secretaries To Meet Tomorrow