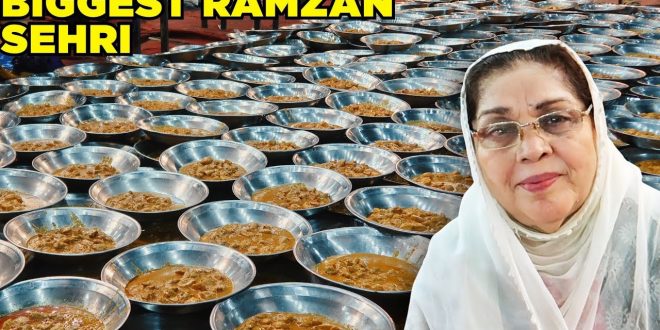 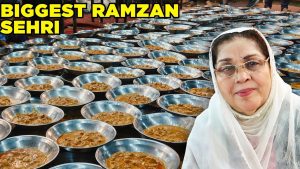 MELBOURNE/KARACHI: Masses across the globe declared and demanded that the Jafaria Disaster Management Cell (JDC) is really deserved for the Guinness World Record over its outstanding performances towards humanity especially oppressed people without any cast, create, culture, religion and sect since 2009 particularly regarding the arrangements of Iftar and Sehri for over 10,000 people.

According to the published and unpublished print, electronic and social media reports the JDC’s contribution to education, health, cleanliness, water, sewerage, provide food and shelter, the arrangement of residence for needy particularly homeless elderly women and men and many other sectors of the Pakistani nation with high standard, respect, dignity and considering quite self-respect as well as secrecy and privacy while the JDC has also set another record of largest Sehri (pre-dawn meal/ breakfast) arrangements across the world for over 10,000 people in 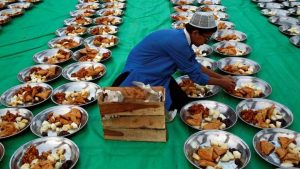 Talking to Messenger, Syed Zafar Abbas Jafri, the Chief of the JDC commonly known as JDC Welfare Organization said he along with his entire team were being arranged Iftar and Sehri for hundreds of people since last many years on a regular basis while the JDC’s Dastarkhawn (where food is eaten/ table cover) in the name of Imam Hassan-as {(the grandson of Prophet of Islam, Muhammad-e-Mustafa (Peace Be Upon Him/ PBUH) and the son of Imam Ali-as and Bibi Fatima-tuz-Zehra-sa and the elder brother of Imam Hussain-as} is being run for the last 9 years in many

places of Karachi including just in-front of Mazar-e-Qaid (the National Mausoleum refers to the tomb of the founder of Pakistan, Muhammad Ali Jinnah) and Jauhar Chorangi (Gulistan-e-Jauhar) with dozens of big Tanoors (ovens) where thousands of bread are being prepared and distributed to the general public since morning till late night along with other dishes but during the last three years they were being observed about the extraordinary interest and large numbers of peoples coming at the time of Iftar and Sehri, they made another separate plan to handle the rush of the fasting person and started arrangement for more people.

He briefed further that last year the number of people exceeded over 10,000 especially at the time of Sehri then JDC focused and arranged Sehri for more than 12,000 with more sophisticated arrangement for guests which is definitely the largest Sehri arrangement in the world. 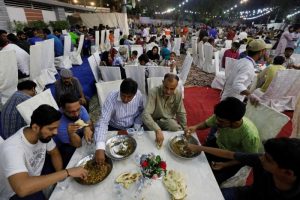 Zafar, who also known as the best organizer of public events especially the highly respectable arrangements of community kitchens where a free meal is served to all the visitors, without distinction of religion, caste, gender, economic status or ethnicity.

Not only the thousands of people whether they are Pakistani-born Australians, Americans, Britishers, Canadians, Africans, Scandinavians, Italian, German, Arabs or having the nationality of any country globally as well as whether they are Muslims or non-Muslims with any cast, create, religion and culture from all over the world but also dozens of national and international organizations, forums, media outlets as well as individuals and groups have started to acknowledge and recognize the contribution of JDC for humanity. 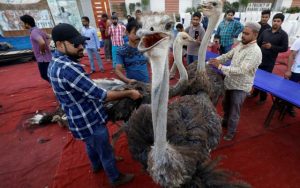 They also demanded with the organizers of the Guinness Book of World Records to enlist JDC for the arrangements of largest Sehri in the earth. The organizers should send its team to Karachi to monitor and observe the measures themselves and definitely, they will include JDC for its award.

According to the spokesperson of the organization, the JDC is a principal charitable organization of Pakistan which is self-reliant and committed to alleviating human sufferings by providing medical, educational, and community support in Medical, Rescue, First Aid Service and Training, Ambulance Service, Education and many other charitable traits including Dasterkhawn-e-Imam Hassan-as. 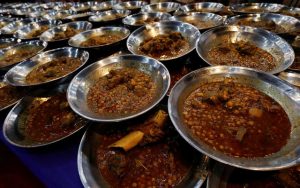 According to the international media, the JDC has set some new standards in social work and humanity sectors especially in the holy month of Ramadan, The New York Times, Refuter, Australian Broadcasting (ABC News) and PMI not only acknowledged and recognized the JDC efforts for general people without any discrimination but also published the activities of the organizations.

International media writes; “Pakistani charity serves ostrich curry feast ahead of month-long Ramadan fast” and in contents, ABC News writes; A Pakistani charity in the teeming coastal metropolis of Karachi is serving up a rare treat for the city’s Muslims ahead of their fast for the holy month of Ramadan — ostrich meat.

Expensive and seldom eaten in Pakistan, ostrich is deemed exotic in the mainly Muslim nation of 208 million people.

“In this city, there are big billboards about costly iftar [meal to break one’s fast] and buffet dinners which even a middle-class person can’t afford. Keeping this problem in view, people supported us and, like previous years, we are offering dishes that even middle-class people can’t afford, let alone the poor,” said Zafar, the general-secretary of the Jafaria Disaster Management Cell Welfare Foundation.

The flightless birds were brought to the venue in Karachi on Monday before they were slaughtered and cooked.

The meal was dished out in the early hours of Tuesday, before dawn broke, when Pakistani Muslims began their month-long Ramadan fast.

Volunteers stewed the red meat said to resemble lean beef with a gamey flavour, in cauldrons and served it in a chickpea curry to more than 500 residents.

Zafar said the plan was to offer deer and other expensive cuisines in the coming days during Ramadan, when practising Muslims abstain from eating, drinking and smoking during daylight hours. 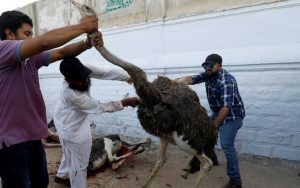 “It was so wholesome that I don’t feel the need to eat for the next two days.”

International Human Rights Commission (IHRC) has recently published a detailed report regarding the exemplary role of Zafar Abbas and JDC’s contribution to millions of masses.

Despite all type of fears, severe life-threatening and other relevant aspects, JDC team always keeps continuing round the clock while in Pakistan, the violence against social workers have become an inherent risk of the profession and undeniably one that needs to be addressed on a national scope. Social workers are frequently sent alone and unarmed to dangerous situations in neighbourhoods that police do not enter without a partner and a gun. Social workers stage life-changing interventions daily, but it has become a question mark for Pakistan that what measures are being taken to ensure their safety?

Meanwhile, the defunct groups have already been informed print and electronic media that if they publish or on-air any news regarding JDC’s activities especially about the arrangements of public kitchens (Dastarkhawn-e-Imam Hassan-as), they will have to face severe consequences while the concerned journalists would be punished as per laws prepared by Daesh in March 2015.

In the above situation and on the basis of said facts the social work has become the most dangerous job in Pakistan but JDC is performing its tasks without any panic and fear.