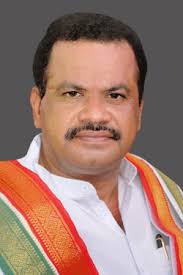 today declared that he would quit politics if the Congress failed to return to power in 2019 elections along with TPCC Chief N Uttam Kumar Reddy.

Speaking at the Assembly media hall here on Thursday, Komatireddy exuded confidence that the Congress would win 70 Assembly seats, otherwise he would retire from politics. He also slammed IT Minister KT Ramarao for “arrogantly” dubbing the Congress as a ‘Lofers’ party and termed AICC chief Rahul Gandhi as ‘Pappu’. He claimed he found KTR as a dacoit in the google. While KTR family was robbing the State, Rahul Gandhi’s family sacrificed lives for the sake of the nation. He also accused KTR and his father KCR of miserably failing to secure funds to the State from the Centre.

Komatireddy demanded that KTR withdraw his remarks against Rahul Gandhi. He also alleged that KTR has taken half of the contracts of Mission Bhagiratha project and touring the foreign countries to preserve the tainted money there. He claimed that KTR came to him and urged him to join the TRS assuring minister post. He asked KTR to stop loose talk and accept the challenge thrown by Uttam Kumar Reddy. (PMI)