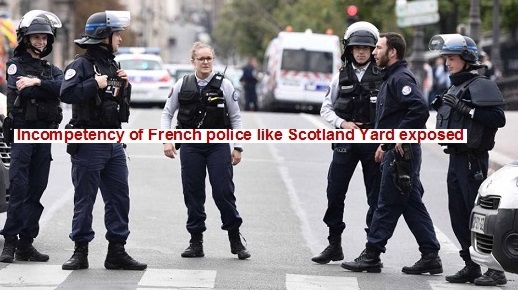 PARIS/ MELBOURNE: ‘A very Wuss, untrained, inexperienced, unarmed and oppressed-looking knife-wielding assailant’ has slaughtered at least four ‘well-equipped and armed commandos’ during an attack at the central police headquarters in the French capital, Paris, while the worst performance, incompetency, immaturity, inexperience  and non-professionalism  according to local officials and sources.

The perpetrator of Thursday’s attack was shot dead by police at the scene.

It was not immediately clear what the assailant’s motive was but Jean-Marc Bailleul, a police union leader, described the incident as criminal rather than an act of “terror”.

Fellow union official Loic Travers said the incident appeared to have begun in an office and continued elsewhere inside the large compound, which is located near the Notre Dame Cathedral and several other major tourist attractions. It happened at about 1pm (12:00 GMT) local time.

The surrounding area was cordoned off in the wake of the attack and the local metro station was shut down. 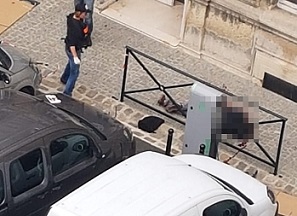 Al Jazeera’s Natacha Butler, reporting from Paris, said the assailant had “lunged” at police officers with a knife, adding it was unclear whether others had been injured in the attack.

Paris Mayor Anne Hidalgo confirmed that “several people” were fatally wounded, but she did not confirm the exact number of fatalities.

French President Emmanuel Macron, Prime Minister Edouard Philippe and Interior Minister Christophe Castaner were meanwhile all on their way to the location of the attack.

Interpreter Emery Siamandi, who was inside the building when the attack took place, told journalists he had heard gunshots and witnessed the wave of panic that spread through the police headquarters with people screaming and crying, the Associated Press news agency reported.

“I tried to see if it was a terrorist attack or maybe several people had walked in to kill people,” AP quoted Siamandi as saying after he was evacuated. 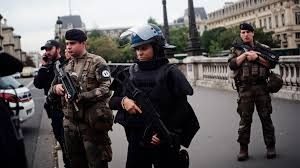 “I was suspicious and very soon I saw policemen with their guns drawn – they had guns. Where I was, 99 percent of people were policemen.”

Thursday’s attack came a day after thousands of officers marched in Paris to protest low wages, long hours and increasing suicides in their ranks.

Police officers have also been the target of several earlier attacks in recent years.

In 2017, a gunman opened fire on the Champs-Elysees Boulevard, killing one officer before he was shot dead.

A year earlier, an attack inspired by the Islamic State of Iraq and the Levant (ISIL or ISIS) group killed a police officer and his companion, an administrator, at their home in front of their child.